FNE spoke to SOFA founder and director Nikolaj Nikitin as the 6th edition of the annual event gets ready to kick off in Warsaw. SOFA will take place in Warsaw from 26 to 31 August and will be followed by a second session in Tbilisi in April 2019. 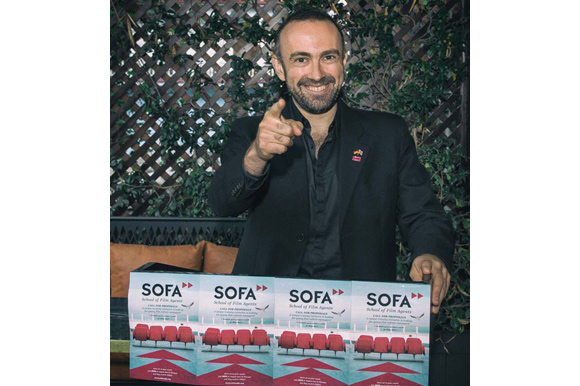 FNE: Tell us about this new edition!

Nikolaj Nikitin: As it’s already our 6th edition, we have experienced a lot of development, especially in relation to how to run the workshop in the most efficient and effective way. During the past five years the quality of the applications has risen and it was difficult to select the projects. I’m very thankful to my whole team, our advisors and all our partners, who promote SOFA the whole year around and make sure we are by now really known as a unique training event in the countries in question. As a programmer for film festivals, I’m very used to having a common thread in each year’s selection, and it’s interesting to see that this year we have three topics that are commonly raised by our selected projects – New Media, gender equality and postproduction.

Also we’re very grateful to our amazing mentors, who have decided to join us in Warsaw. Some of them coming for the first time ever to Poland, they will share their knowledge and highly valuable experience. Funa Maduka (creative and acquisitions executive within Netflix Original Films, Amsterdam) is surely one of the most interesting representatives of our industry. Netflix is no longer the future, but the present and we’re thankful that she’ll be mentoring our participant Marat Parkhomovsky and his project IFA Digital Experiences. Anna Serner (CEO Swedish Film Institute, Stockholm) is surely one of the world’s leading experts on gender equality and diversity, and we’re glad that she’ll take time to work with Eva Brazdžionytė and her project Women in Film and Television Lithuania.

FNE: How do you choose the projects?

Nikolaj Nikitin: Firstly, we review all the applications which we've received very thoroughly. Together with my team and our advisors we make a shortlist of the most interesting eligible projects. I then try to meet all those applicants either in person or online. Often this is connected with some “homework” – some questions about the core of the projects. This helps us a lot to clarify where the participant plans to go, so we understand better the project’s nature and needs.

The unique point concerning SOFA (besides being the only training for cultural managers in the field of cinema) is that we only have four experts as fixed members of the educational staff. Besides me as Head of Studies, they are Ewa Puszczynska as financing expert, Renaud Redien-Collot as marketing expert and Christine von Fragstein and Oliver Baumgarten as tutors for the oral and written presentations. All other mentors change and are individually chosen to perfectly fit the needs of each of the selected projects. To really close a gap!

For example, our Ukrainian participant Victoria Leshchenko wants to set up a film festival in the Ukraine. But it’s a themed festival and the topic is science. She has quite a bit of knowledge in running a festival in general. But as VR will be a focus of her festival and she is lacking some experience in this field, her needs demand to team her up with an expert from the VR field. So we also always include the participants in chosing their „dream mentor“. This way we make sure that our mentors can help in the best possible way. Vitalijus Zukas from Vilnius is a marvelous VR expert, who will share his knowledge with Victoria. We’re happy to present a sneak premiere of an excerpt of his production Trail of Angels, which will have its world premiere right after us in Venice.

FNE: What have you learned from the previous editions?

Nikolaj Nikitin: Since the first edition in 2013, we've learned mostly to improve the schedule, methodology and structure of our training. Back then it was just one long workshop with lots of side activities. Now we have two shorter but more focused workshops and will shortly announce a third one. That will be a structure like our “role model” EAVE (which I did myself in 2007). So we’ll have the first workshop focused on project development, second on the topic of marketing/branding and third one will be on investment with the focus on public-private partnership.

Nikolaj Nikitin: Yes, SOFA is absolutely my “dream project” – for many reasons! Just to name a few: Nothing is more rewarding than giving your own knowledge to the next generation and supporting a new, open-minded and very dedicated team of audio-visual professionals. In my own case it is also giving back some of the great things that happened to me in past decades and sharing those marvelous experts and their know-how, of which many had an intense impact on my own professional career.

Surely one reason is also the possibility to support film culture in Eastern/Central Europe in its biggest geographical and of course historical understanding – we also include projects from Central Asia, Caucasus Republics, Greece, Israel and Germany – and building up needed infrastructure and industry there. Lately some of the most important, successful and influential films have come from the East, winning the major awards at Berlinale and Cannes in 2018, but the independent structure there is still rather weak and money for production, distribution, archiving and especially education in many countries is missing. Film as the seventh art form is the most powerful one, but also the most expensive and team driven art form.

That’s what SOFA wants to achieve, to build solid structures, so the next generation of filmmakers can work and local audiences can see their films and of course, what is most important nowadays, the films of their neighbours, as art is surely the only salvation in the troubled times we live in.

FNE: Where do you see SOFA in five years and in which ways would you expand it?

Nikolaj Nikitin: I hope that thanks to SOFA an active, creative and well-trained generation of film agents will secure the further development of the audio-visual sectors. We've realised that SOFA achieves not only the training of one individual participant, but always supports the development of a whole region and sector. We are proud of how much impact the programme has. There are countless success stories by now. That countries like Belorussia, the Central Asian republics and all the Caucasian republics will join important EU programmes like Media and Eurimages and that there will be a real interaction of all European countries at eye-level. 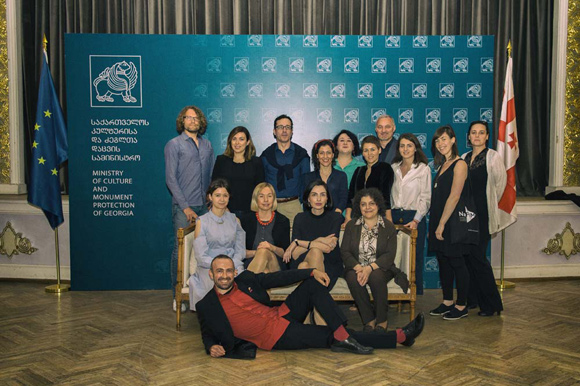 Concerning SOFA itself, we hope to gain a constantly stable, continuous financing. I have to thank very much the German Foreign Office, Creative Europe and our local partners in Poland like the Polish Film Institute, the Mazovia Warsaw Film Commission and the The Foundation for Polish-German Cooperation, and the Georgian National Film Center, the Ministry of Culture and Monument Protection in Georgia, for their ongoing support, that allows us to develop the content side of the programme and offer, next to the intensive workshop, also some focused satellite events.

We have many requests from other countries/regions around the globe to offer SOFA there. Some research and first collaborations show, that it would make a lot of sense to offer the SOFA training to other regions as well – like Latin America, Middle East or Africa, where I see a similar need for infrastructural development. Of course, following this year’s motto, I hope that our agents will “break down borders”! I don’t mean only geographical, which is urgently needed in the times we live in, but especially those in our heads. We all need to work together, to make the world a better place!

SOFA - School of Film Agents (founded in 2013) director and rector Nikolaj Nikitin is Central/Northern/Eastern-Europe, CentralAsia and Caucasus Republics delegate to the Berlin Film Festival since 2002.