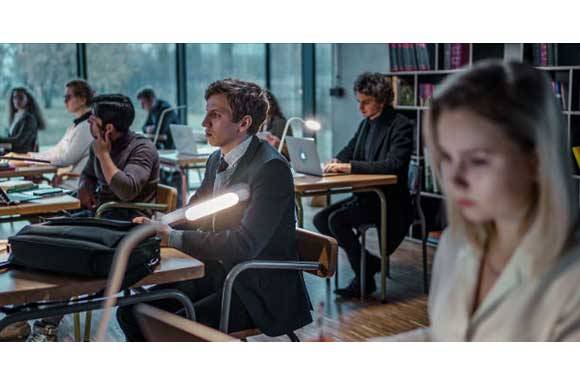 WARSAW: The acclaimed Polish director Jan Komasa finished shooting Suicide Room. Hater, a new cyber thriller and a sequel to his box office feature debut Suicide Room. The film will be released in the second half of 2019.

Suicide Room. Hater follows a young man, who takes on a job at an ad agency, where he finds tools to launch an online attack on people he wants to take revenge on. Mateusz Paczewicz penned the script. The cast of popular Polish actors includes Maciej Musiałowski, Danuta Stenka, Maciej Stuhr, Jacek Koma and Vanessa Alexander. Wojciech Kabarowski and Jerzy Kapuściński are producing.

“Jerzy Kapuściński came to me with the title Hater and said that it would be great to do a film about a business that has developed around this phenomenon. I already had a story ready, about a young guy who will use any means possible to climb the social ladder. I decided together with screenwriter Mateusz Pacewicz to join these two stories. In two years Mateusz wrote a very well researched script showcasing how the desire for love and acceptance can bring a person to an ethical fall, as well as the workings of the online paid hate industry”, Jan Komasa told FNE.

Naima Film is producing in coproduction with TVN, Canal+ Polska, Studio K2 and Coloroffon. The final budget has not been announced yet.

The shoot took place on location in Warsaw and wrapped on 31 December 2018. Kino Świat handles the domestic distribution.

Suicide Room (produced by KADR Film Studio) was released in Poland in 2011 and by tackling the issues of troubled youth online was called the "movie of a generation”. The film had over 1 m admissions and remains one of the strongest domestic debuts.