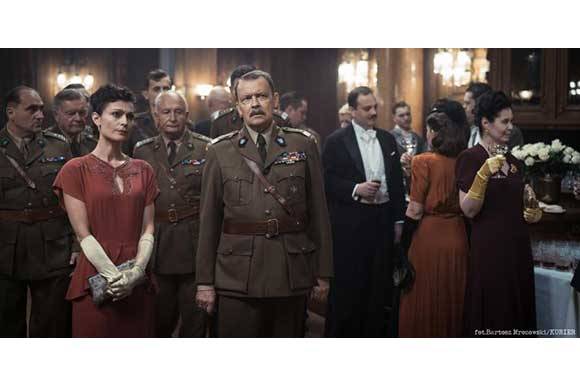 GDYNIA: Władysław Pasikowski’s biopic The Messenger about war hero Jan Nowak-Jeziorański will screen in the main competition of the 44th Gdynia Film Festival, running from 16 to 21 September 2019. The film has had over 480,000 admissions since its premiere in Poland on 15 March 2019.

The Messenger follows Jan Nowak-Jeziorański’s mission, which took place moments before the outbreak of the Warsaw Uprising. The story is inspired by true events from the times when ‘Jan Nowak’ travelled to the West and back with secret missions as a messenger and emissary of the Commander-in-Chief of the Home Army.

“The biggest challenge was to take a story that is very well known - the Uprising, and to present it so as the audience can forget that they've known it by heart since early school age and to cheer the hero in his actions. The second most important thing was to build Nowak's character in a way that we believe in this ordinary man, a student of Economics, who is forced by circumstances to perform extraordinary tasks”, director Władysław Pasikowski told FNE.

The film was produced by the Warsaw Rising Museum in coproduction with TVP, Chimney Poland, the Mazovia Institute of Culture, the Mazovia and Warsaw Film Commission.

The project was partially supported by the income that the Warsaw Rising Museum had made through the distribution of its previous production, the documentary Warsaw Uprising (distributor: Next Film), which has had over 600,000 admissions since its premiere in May 2014.

The Messenger also received 1.2 m EUR / 5 m PLN of production support from the Polish Film Institute. The grant was assigned as one of the first executive decisions from the new PISF Director Radosław Śmigulski.

The Messenger was released in Polish cinemas by Kino Świat.