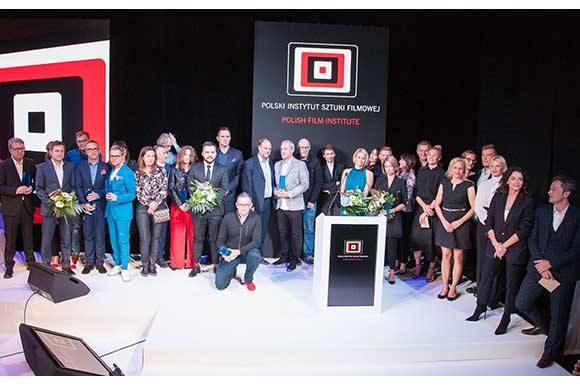 GDYNIA: The Polish Film Institute awarded the most accomplished members of the industry for the 12th time during the Gdynia Film Festival (16- 21 September 2019).

The Polish Film Institute awards were created in 2008 in order to show appreciation for the efforts of many cinema enthusiasts and organisations, who propagate knowledge about the cinema, promote Polish films, educate young viewers, publish information about films and organise festivals, retrospectives, exhibitions and meetings with creators.

The candidates are nominated by cultural institutions, film schools and other companies and institutions working within the culture sector.

As in previous years, the author of the statuettes is the Krakow sculptor Xawery Deskur Wolski. In addition to the statuette, each of the winners will receive a cash prize of 3,400 EUR / 15,000  PLN. In the case of an ex-aequo prize, two cash prizes will be awarded.

International Promotion of Polish Cinema:
Opus Film for the promotion of the film Cold War at the 72nd Cannes Film Festival

Film Criticism for a Film Critic or Film Expert for His Input in the Development of Modern Polish Cinema:
Łukasz Maciejewski

Polish Film Distribution:
Against Gravity for the national distribution of the film Prince and Dybbuk (Film Production)