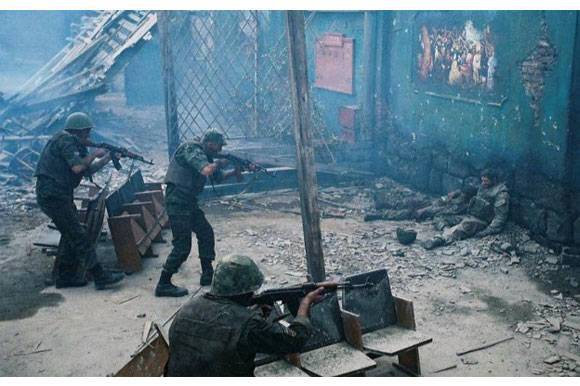 TBILISI: The Georgian war drama Shindisi directed by Dito Tsintsadze will screen in competition at the 35th edition of the Warsaw Film Festival, 11-20 October 2019.

The film was produced by Vladimer Katcharava for 20 Steps Production and Edmond Minashvili for Free Movie Studio.

Irakli Solomanashvili wrote the screenplay based on real events that took place during the 2008 Russian military intervention in Georgia. Shindisi, where the film was shot, was the location where Russian military forces opened fire in what was designated as a humanitarian corridor, where the wounded can be helped, and where the dead can be buried with respect. The villagers stood up to the betrayal, and one man became a hero.

The film was shown at the Shanghai IFF and is Georgia’s Oscar candidate.

Tsintsadze’s films have been shown at major international film festivals, winning awards in Locarno, San Sebastian, Montreal, Warsaw and Cottbus, among others.