FNE at Potoroz 2014: A Fight For Featured 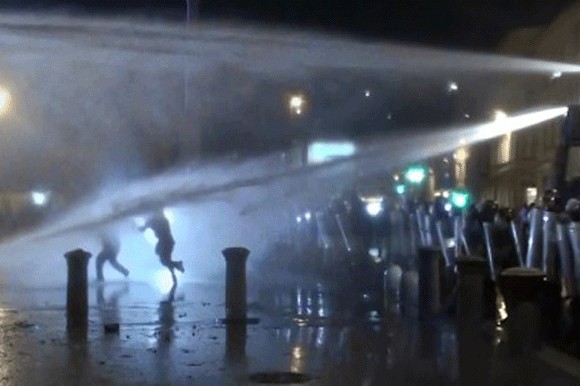 A Fight For by Siniša Gačić

LJUBLJANA: Potoroz competition film A Fight For is a socially critical documentary film by journalist and film maker Siniša Gačić who is now completing a Master's Degree in TV Directing at the Ljubljana Academy of Theatre, Radio, Film and Television.

The film documented a group of civilians who protested for several days, living in tents, in front of the Ljubljana Stock Exchange as a critique of representative democracy and global financial capitalism.

A Fight For was made with a very low budget and a lot of work and technical support contributed voluntarily by the film crew, producer Miha Černec explained. Financial input from the main production company Tramal film was 4,000 EUR and from the coproduction company NU-frame 7,000 EUR. The movie has also received public funding from the Slovenian Film Center in the amount of 23,000 EUR.