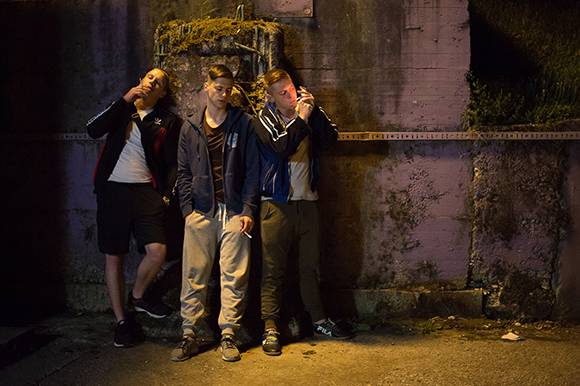 LJUBLJANA: The Slovenian/Austrian coproduction Consequences by writer/director Darko Štante will be released in France by Epicentre Films on 19 June 2019.

After being sent to a youth detention centre, 18-year-old Andrej has to fight for his place within the group of inmates while getting closer to Zeljko, their informal leader, and struggling to keep his repressed secret in the dark.

The film was produced by Filmsko društvo Temporama, in coproduction with NuFrame, Zwinger Film and 100. The Slovenian Film Centre supported the project.

Wide Management is handling the sales.

The first feature film by Darko Štante had its world premiere in Toronto's Discovery section in 2018 and it was awarded best director and best leading actor at the 2018 Vesna Awards of the 21st Festival of Slovenian Film in Portorož (10-15 September 2018).