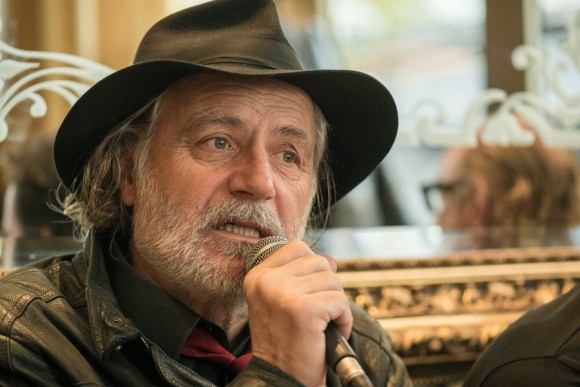 The Croatian Igor A. Nola told FNE that the 2.1m EUR production received funding of 310,000 EUR from Eurimages recently, being also supported by the Macedonian Film Agency, the Croatian Audiovisual Centre, the Finnish Film Fund and the Finnish National Television (YLE). Nola secured the collaboration with Art Films Production with which he coproduced Arto Halonen's A Patriotic Man.

Based on the famous play written by Dušan Jovanović, The Liberation of Skopje is a war story and a love story between a Macedonian woman and a German Colonel during the WWII, seen through the eyes of a 10 years old boy Zoran. Dušan Jovanović and Rade Šerbedžija wrote the script. The cast includes Mikko Nousiainen, Lucija Šerbedžija, Silvija Stojanovska and first timer David Todosovski as Zoran. Dejan Dimeski is the DoP.

The editing and the color grading will be made in Croatia, the sound postproduction will be made in Finland and the visual effects will be split between Croatia and Macedonia. The film is set to be finished in July-August 2015.

Negotiations with an international sales agent are underway with three companies expressing interested. "Luckily we will know who will sell the film by the end of November," Nola said.