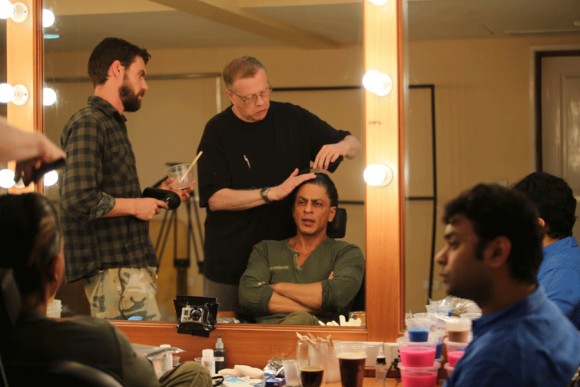 DUBROVNIK: Fan, an upcoming Indian drama starring Shahrukh Khan, will be partially filmed in Dubrovnik from 16 to 24 March. Formula Film is providing services.

Maneesh Sharma is directing. Shooting began last September in Mumbai, and after Dubrovnik it will move to London. For the total of nine days of filming in Croatia the production company Yash Raj Films will spend 1.1 m EUR/8,6 m HRK, getting back approximately 200,000 EUR/1.7 m HRK through Croatian filming incentives.

“We are proud to say that Dubrovnik will not double for another city, but will be depicted as itself”, says Boris Dmitrović from Formula Film in a press release issued by the Croatian Audiovisual Centre.

Renowned special effects makeup artist Greg Cannom, who has won three Oscars for The Curious Case of Benjamin Button, Mrs. Doubtfire and Dracula, is developing Khan's look for the film. The crew includes not only Indians, but also South Koreans, Americans, Canadians and Croatians. Over 600 extras will be engaged in Croatia.