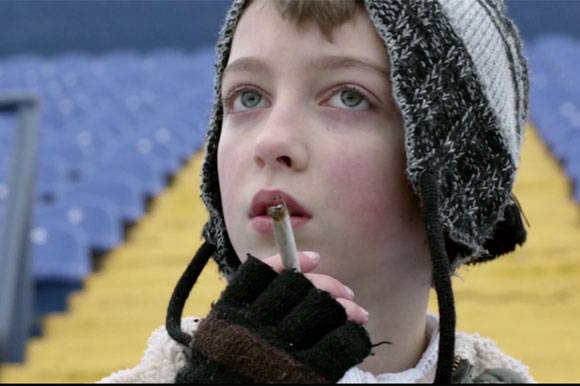 After two lawsuits and two Ministers of Culture, the Croatian Audiovisual Centre is back to normal operations, HAVC director Hrvoje Hribar told FNE in November 2016. “We survived a seven-month onslaught.”

Looking back at 2016 he also said, “It was toughest to maintain the cash rebates, which come from the state. It put us in peril destabilising Croatia as a partner in international coproductions. Croatian producers were taking personal bank guarantees in their budgets during a six month period, until the 20% cash rebate was secured again,” Hribar said. He also said that, looking ahead to international productions planning to shoot in Croatia in 2017, the cash spend is expected to bounce back and well exceed 2015 levels.

Seven international productions came through the incentives programme compared to ten in 2015, including the eighth part of the Star Wars saga and the 10-episode series Knightfall produced for History Channel.

Hrvoje Hribar also told FNE, “Our new national strategy is to build the impact of Croatian films and art houses in small towns, by building up the network in smaller towns.” He noted that on the domestic scene Croatian comedies are performing well with audiences. Internationally, he said, “Croatian films were present at all the main festivals in 2016.” He explained, “We came onto the scene relatively late and there is some curiosity. Our films show the new face of Croatia.”

Croatia was uniquely situated in the Oscar competition in 2016, with seven Croatian films vying for a nomination in the foreign language film category (thanks to Croatia’s position as a coproducer on six films from outside the country) and one short film eligible in the Best Short Film category.

No long animated film was produced in 2016.

According to Filming in Croatia, the special department within the Croatian Audiovisual Centre, seven projects used the incentives scheme in 2016 and spent approximately 8,708,735 EUR in Croatia with an estimate rebate of 1,654,561 EUR.

The shooting of the eighth film of the Star Wars franchise re-ignited the discussion around the opportunity of building a film studio in Dubrovnik. Local authorities are contemplating the idea and already have the support of the Ministry of Culture and Embassy Films, the Croatian company which provided services for several international productions, including HBO’s Game of Thrones.

Someone Dies Tonight, directed by Aurelio Toni Agliata and starring Eric Roberts, was also shot in Croatia in March 2016.

Game of Thrones season 7 was also shot in Dubrovnik in 2016, but it did not apply for incentives.

The biggest domestic distributor is Blitz, which had revenues in the amount of approximately 16.6 m EUR / 126 m HRK and profits of almost 6 m EUR / 45 m HRK in 2016, according to Total Croatia News.

Ivona Juka’s debut feature You Carry Me / Ti mene nosiš was bought by Netflix in 2016. You Carry Me was produced by Croatia's 4 Film in coproduction with Slovenia’s Vertigo, Serbia's Sloane Film Production and the Montenegrin Galileo Production.

The High Sun (Kinorama) by Dalibor Matanić was broadcast on HBO in 2016, as well as Žiga Virc’s Slovenian/Croatian/Georgian coproduction Houston, We Have a Problem!.

The series created and produced by Dario Vince through Ring Multimedia, was also the first Croatian series to be sold to the US at the beginning of 2014 when Lionsgate bought remake rights.

Croatian/Danish drama Quit Staring at My Plate by Hana Jušić, which competed in Venice Days 2016, was acquired by New Europe Film Sales. It was produced by Kinorama in coproduction with Beofilm.

The Constitution by Rajko Grlić was acquired by Latido Films and Goran by Nevio Marasović by Wide Management.

Keshet International acquired the rights to the TV series The Paper / Novine, directed by Dalibor Matanic and produced by Drugi Plan for the Croatian Television.

Zrinko Ogresta’s Croatian/Serbian coproduction On the Other Side has been selected as Croatia’s entry for the Best Foreign Language Film at the 89th Academy Awards. On the Other Side premiered in the Panorama section of the 66th Berlin Film Festival in 2016 and received a Special Mention from the Europa Cinema Label jury. The film was produced by Interfilm in coproduction with Serbia’s Zillion film and the Croatian Television. Cercamon is handling the sales. The film will screen in several European territories including the Benelux, Italy, France and Austria, and also in America and India starting January 2017. At the beginning of 2017 the film was already released in Turkish cinemas.

“We are even happier because 7,500 visitors came during winter time, when there are no tourists," Munitić told FNE. Some 70% of screenings were independent films, with huge focus on European and Croatian titles.

In 2016 Cinema Mediteranean managed to equip three more cities: Supetar, Jelsa and Lastovo. “Together with the other five cities digitialised in 2015 (Bol, Hvar, Imotski, Komiza, Pirovac), we have now eight cities where we have returned cinemas for good", Munitić told FNE.

Robert Berberih, the CEO of Continental Film told FNE that VOD is not as strong in Croatia as it should be: “VOD still does not have a big share in our business; it did not continue the tradition that was set by video rentals. It has a solid income, but nothing too drastic. As long as the piracy problem exists, and it is still a big problem, I don’t see any big impact of VOD in near future”, Berberih said.

Croatia was uniquely situated in the Oscar competition in 2016, with seven Croatian films vying for a nomination in the Foreign Language Film category (thanks to Croatia’s position as a coproducer on six films from outside the country) and one short film eligible in the Best Short Film category.

Kino Europa from Zagreb, Croatia, the main venue of Zagreb FF, was awarded for Best Programming 2016 by Europa Cinemas on 8 November 2016.

The Croatian Independent Cinema Network, comprising 35 cinemas, was founded under the auspices of HAVC in September 2014 and received a green light in February 2015.

The most important film institution is the Croatian Audiovisual Centre (HAVC), founded in January 2008. HAVC operated with an annual budget of 7.5m EUR in 2012 and had an annual support for film production of 7,54m EUR in 2013 and of 7.22m EUR in 2014. The Board of HAVC reappointed Hrvoje Hribar as Chief Executive for a second four-year term beginning in December 2014.

In August 2016 HAVC approved 277,488.50 EUR as project development and script development grants for TV series and individual works for animated projects, documentaries and dramas. The third season of the acclaimed crime series Rest in Peace, the first series developed by HAVC broadcast in Western Europe, was among the winners.

On 4 October 2016 HAVC allotted 1,436,403 EUR / 10,790,000 HRK for the production of three feature films, one debut feature and one experimental film. New feature films by Vinko Brešan, Antonio Nuić and Dejan Aćimović received funding, as well as the debut feature Zbornica by Sonja Tarokić.

After two lawsuits and two Ministers of Culture, the Croatian Audiovisual Centre is back to normal operations, HAVC director Hrvoje Hribar told FNE in November 2016.

“We survived a seven-month onslaught,” Hribar said. The HAVC responded to a move to, in effect, dismantle the center and cut off funding for film industry, with two lawsuits. Hribar credited the endurance of HAVC to having a level of independence from direct governmental interference.

The first lawsuit, which addressed the refusal of the former Minister of Culture, Zlatko Hasanbegovic, to appoint a new board to oversee Croatia’s cash rebate system after the term of the previous board expired, was dropped after the outgoing Minister signed the necessary paperwork on his final day in office.

The second lawsuit is proving a bit more complicated to end on a graceful note. The lawsuit accused the Minister of what Hribar said were illegal findings, which stated that employees of HAVC were being overpaid by some 20 EUR per month. The new Minister of Culture, Nina Obuljen Korzinek, who assumed office on 19 October 2016, was also on the HAVC board of directors, which was the responsible body for overseeing the operations of HAVC.

In November 2016 Arben Papadhopulli of the Albanian National Center of Cinematography told FNE that the proposal for a Balkan coproduction fund is at the “handshake” stage, with plans to take it to an official level. The fund would include the former Yugoslav territories, Bulgaria, Greece and Italy. “Each country would contribute to the fund,” Papadhopulli told FNE, at a modest level of perhaps 30,000 EUR.

A second initiative, the Balkan forum, would be more of a networking platform for the Balkan region and Italy, which is becoming an important coproduction partner for its neighbors across the Adriatic. The two initiatives are courtesy of the Albanian National Center of Cinematography and would operate under one umbrella.

A film studio for Croatia is one of the priorities for the film industry. The new Croatian Minister of Culture Nina Obuljen Korzinek told FNE in November 2016, “We’re looking at options for investment in a studio. There is some international interest.”

Croatia has been without a major film studio since the privatisation and dismantling of the past regional powerhouse Jadran Film. The Minister added, “One of our priority areas is to have all key stakeholders work together. We aim to stabilise the film industry to make sure our achievements are sustainable.”

Croatia has received 5.3 m EUR in grants from MEDIA since joining in 2008 as the first non-EU member country, bringing in at least four to five times as much as the country’s annual membership fee.

Croatia’s MEDIA Desk Head Martina Petrović said that through 2013 Croatia received 3.3 m EUR and for 2014-2016, it received just over 2 m EUR. Petrović noted that Croatia was easily able to apply for only six of MEDIA’s 14 funding calls, with the bulk of the funding going to single project development, festivals and distribution. As the first non-EU member of MEDIA, Croatia “was used as the example” for other countries in the Balkan region, according to Petrović.

Under the cash rebate scheme, projects can claim back 20% of their qualifying expenditure, which is based on the cost of the Croatian cast and crew working in Croatia, as well as goods and services purchased in Croatia, with a cap of around 2.6m EUR per project.

New film commissions are set to open in Rijeka and Varaždin in 2017.

As stipulated by the 2007 Croatian Film Act, Croatian public broadcaster, the Croatian Radiotelevision (HRT), as well as all other Croatian broadcasters with a national concession (Nova TV, RTL) are obliged to contribute towards the funding of the HAVC in the form of a mandatory contribution.

As a public broadcaster, the Croatian Radiotelevision plays an important role in the promotion of national cinema through its two terrestrial and two digital channels and is legally obliged to invest a minimum of 15% of its programming budget in works by independent producers.

In November 2016 HBO Europe's executive producer Steve Matthew made a stop at the 14th Zagreb Film Festival industry programme to give a final push for the first ever call for scripts by HBO Adria, which had a 1 December 2016 deadline.

Matthew told FNE he’s looking for series pilots and the winning script will go into development for local production. The call went out for scripts from Croatia, Serbia, Slovenia, Macedonia, Bosnia and Herzegovina and Montenegro.

Matthew told the audience that HBO is seeking contemporary scripts, with the goal of having five or six projects written, one and a half series produced per year.

The TV series The Paper / Novine, created by Ivica Đikić, Nebojša Taraba and Miodrag Sila and directed by Dalibor Matanić, started shooting on 1 December 2015 and was broadcast in spring 2016. The 12-episode TV series focusing on the decline of the Croatian press and written by the famous journalist and scriptwriter Ivica Dikić was produced by Drugi Plan for the Croatian Television.

In 2016 the Croatian Television also broadcast the second season of the popular TV series Crno-Bijeli svijet directed by Goran Kulenovic, set in ex-Yugoslavia.