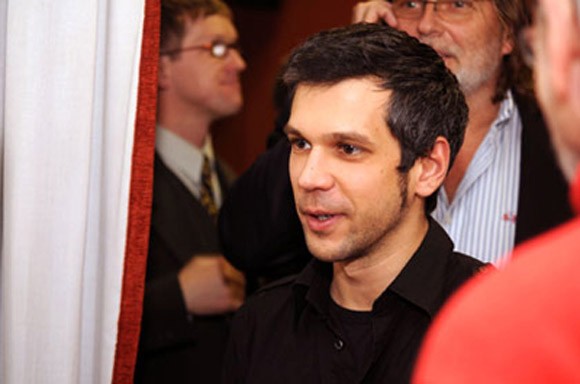 Land of Storms is about the sexual awakening of a young man.  Szabolcs plays in a German football team, as does his roommate, Bernard. After an ugly argument Szabolcs returns to Hungary where he meets Áron and a mutual attraction between the two boys develops.  But when Bernard also shows up in Hungary a turbulent love triangle develops.