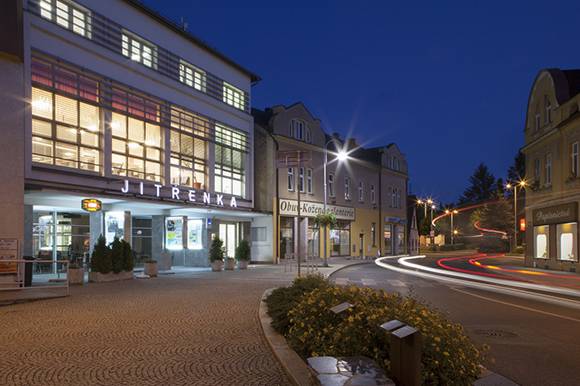 This month we speak with Ondřej Šír, the director of Kino Jitřenka. Located in Semily, in the northern part of the Czech Republic (not far from the Polish border), the cinema is well integrated in the life of the 8,000 residents of the town. It scored 30,000 viewers in 2016. The activity of the cinema is intertwined with film education, film practice (students learning filmmaking) and live transmissions. The cinema even organises a small festival, Fokus Fest.

Ondřej Šír: The biggest challenge is to connect with younger audiences. It is necessary to set up programmes for young people such as the film club -  theme movies with introductions and discussions afterwards. Another positive challenge is to buy a few cameras and to teach them filmmaking. We also organise a film festival, Fokus Fest, although our festival is not only for young people.

Ondřej Šír: It is difficult to answer this question. We don‘t prefer a specific genre or nationality. We have to screen all kinds of movies as we have to support diversity on a maximal level. What I can say is that Czech people like Czech movies, so I think we have this Czech specificity. In a small town children’s movies are also needed and I‘m really glad to say that the small children like European movies and animation movies, not only Asterix.

FNE: The cinema is home to a festival and various events. Why are these important and what do they achieve?

Ondřej Šír: I think our festival is really important for building a community of cinema lovers. People must work together and each of them must help the others in the team. For example, last week we screened at the festival the Polish film I´m a Killer directed by Maciej Pieprzyca, but the film had no distributor in the Czech Republic with a DCP and license for cinemas. So we contacted a Polish partner to organise this screening and we also found a young student fluent in Polish in order to translate it. Other people took photos, organised a concert and an introduction for the film. This was a really good experience for the team. Each of them can have his/her own role. 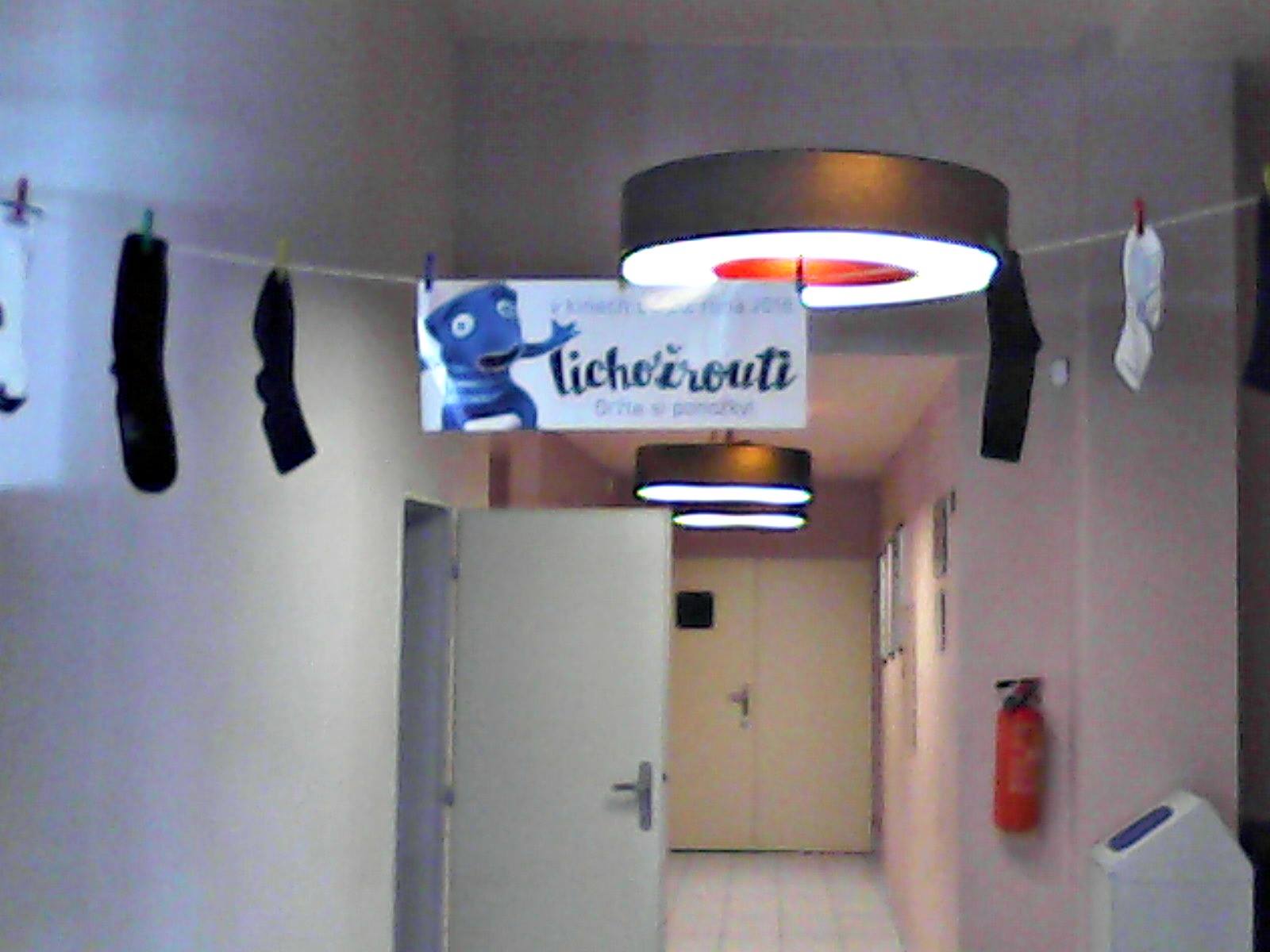 Ondřej Šír: It is really a good motivation for our cinema because without this programme we wouldn‘t have any motivation to screen more films. To be a member of the Europa Cinemas network is a big thing for the reputation. I like to run the jingle of Europa Cinemas on my screen from time to time, because I‘m still young and I‘m not only Czech, but I also feel European.

The big cinemas in the Czech Republic still offer U.S. movies, but there is not diversity. I sometimes think about the Hollywood aesthetics and I think that many Hollywood films are made in the same style. When I prepare the programming I also think about the European films. I would like to have a more colorful programme.

Ondřej Šír: We cooperate with schools. It is more difficult today because many people have Androids and tablets, and it is still more popular to see movies on mobile phones. But it is also important to screen a film to young people. Cinema is not only an audiovisual space, it is also a social place, and it is important to let young people know it. For example, we have a coffee house in our cinema, which is a space for getting together. And if we are able to screen good films to young people, why don‘t they meet in the cinema hall, not only in the coffee house?

We try to get teachers in our team. It is difficult because they don‘t have much time, but sometimes this is a good experience for them. They have the possibility to prepare a plan and we are able to buy cameras, so they have the possibility to work not only in school, but also in our cinema. I hope this is a creative work for them, although it‘s challenging. I would like to launch a film school in the future. This will be a big challenge. 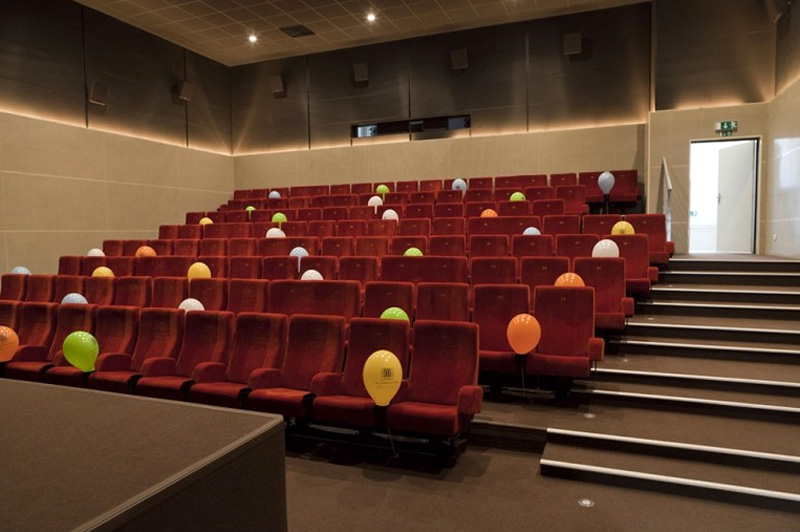 Ondřej Šír: The most important thing is to motivate them. We organise trips, where we can visit a festival together and watch films as an inspiration for their creativity. This helps them afterwards with their films. You just have to say: „Let‘s take the cameras and go out to take some shots!“ It must be funny for them and not at all boring. For example, each year we travel to Poland to the ZOOM Festival and to a workshop for young filmmakers from the Visegrad area. One week spent together with other people from Europe is good inspiration for our students.

FNE: What about the digitalisation of cinemas? How  it is affecting your work and your cinema?

Ondřej Šír: It is very easy and cheap to screen films. My projects wouldn‘t be possible before the digitalisation. Screening student films is very easy and if the students can see their films together, this can be a big experience and a big motivation for them in the future. Projecting 35mm prints could be an experience too, but it would be like travelling by steam engine. 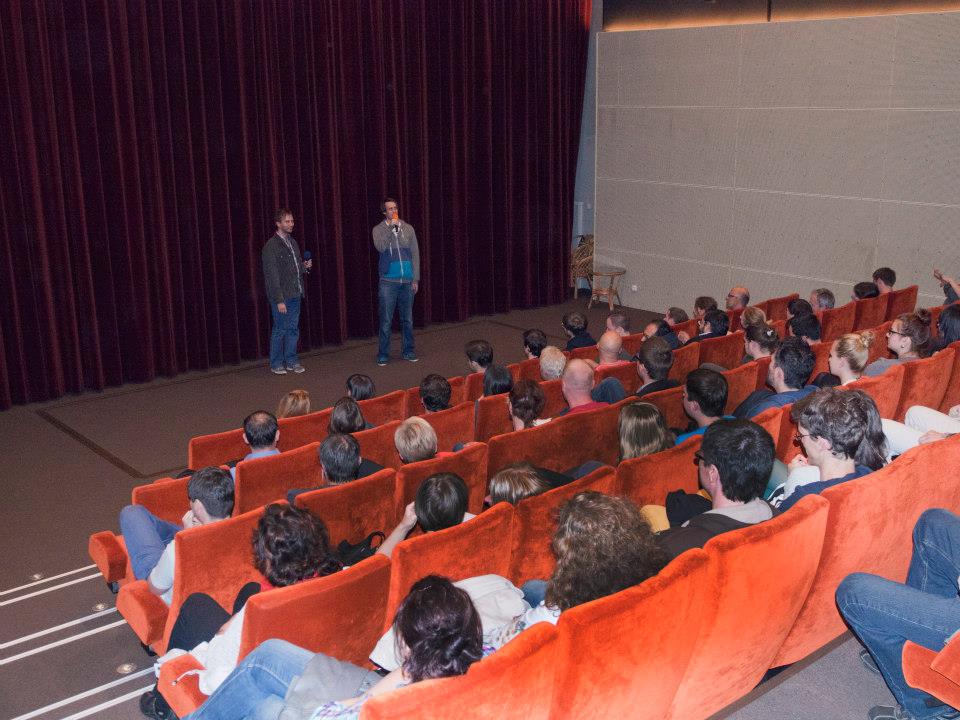 Tyršova 49
513 01 Semily
Czech Republic
+420 481 311 823
This email address is being protected from spambots. You need JavaScript enabled to view it.
www.kinosemily.cz