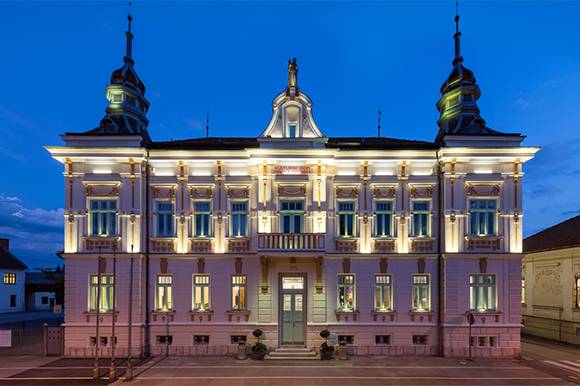 This month we speak with Jure Matičič, the programmer of the Slovenian Mestni kino Domžale, a small municipal one screen art house cinema, established in 2009. It operates as part of the cultural centre Kulturni dom Franca Bernika Domžale. 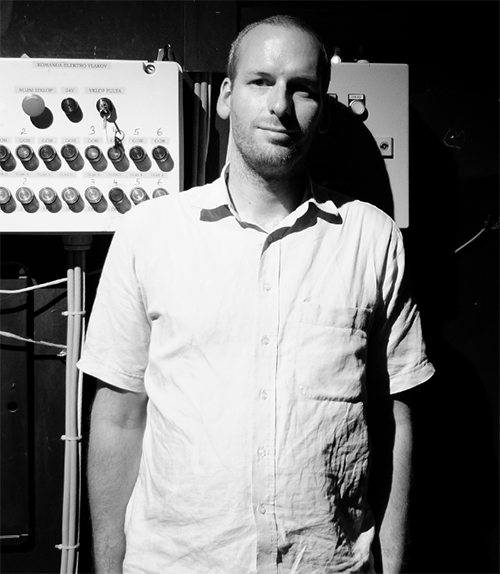 In its first year it screened two films per month, but has since expanded, so that in 2017 it had 655 screenings of 188 films that together with all the film related activities attracted more than 34,000 visitors.

The cinema is located in one of the oldest buildings in Domžale that served as a cinema after World War II, but has since been renovated and is now home to a music school, a cultural centre and a cinema.

Jure Matičič: I like to think that small cinemas always have big challenges ahead. We operate in the outskirts of the capital city with the largest art house cinema in the country just 14 kilometers away and the biggest multiplex even closer. One major issue is the fact that we are not only a cinema, but a multi-cultural centre, where there is always a struggle to secure as many screenings as possible in a month.

But on the other hand theatre, classical music and puppet plays can complement our cinema programme and make us very versatile. We are limited to one screen, but we hope to expand next year by building a very cozy, intimate small screen that will give us more room in our programming. As with every other smaller cinema in Europe, we lack the staff and the financing to be able to exploit all of our potentials, but we can rely on very good support from the local community that backs us when there is time to invest in new technologies or new programming initiatives.

The national support scheme for art house cinemas has dwindling resources, the whole exhibition sector is in slight decline, as there is no real idea of how to encourage cinema-going, systematically fight piracy and how to think forward with building new platforms for film such as VOD. The cinemas have to somehow compensate for this and rely on their own resources or try to establish a stronger voice through collective organisations such as Art kino mreža Slovenije / Art Cinema Network..

Jure Matičič: Our mission statement from day one is to screen good films and that enables us to explore a very broad selection of titles. We try to screen as many art house titles as possible and that includes European films, American independent productions and all the films from around the world we can lay our hands on. We also screen big studio titles if they fit our programming concept and so far we have had very good access to those kinds of films, not to mention a variety of European and world cinema titles.

In the abundance of films provided by our distributors we try to curate the programme so that we can meet the needs of our audience and give them an opportunity to discover new directors, titles, aesthetics ... for this we sometimes rely on temporary imports.

Special attention is given to national titles, where we try to bring as many independent national films as possible to our screen. We cater to film lovers and occasional filmgoers alike, so we always try to make sure our patrons will be able to find the right film at the right time. We go to great lengths to make Mestni kino Domžale a pleasant, welcoming cinema, where you can always experience a good film.

Jure Matičič: As the main focus of our cinema is on regular programming, we only host a few festival events, the most important one being the Mountain Film Festival. We also welcome initiatives such as the Rotterdam IFF live and different festivals from the region that try to expand their programme to nearby cinemas. But as an exhibitor we are fully devoted to the concept of event cinema, so we try to enhance the screenings with different activities, we have a season ticket programme for film lovers, extensive young audiences activities and very importantly - two open air cinemas that have proven to be a big success. With all these activities we are able to engage with our audiences on a very personal level and we find a lot of appreciation from their side. It pays off to go the extra mile and make the cinema going experience a special event, be it outside in a park, in an abandoned monastery or in a cinema.

Jure Matičič: Small cinemas can greatly benefit from the membership in Europa Cinemas, not just through financial support, that is becoming increasingly important for many small to mid-size cinemas that are struggling with insufficient national support schemes. What is even more important is the chance to meet people that run cinemas across Europe, to exchange ideas and opinions on matters that can be as simple as the ticketing software we use, or as large as the European film politics.

Jure Matičič: We connect as much as possible with the local community and in a way we are a very important part of the social life in Domžale and surrounding communities. What we try to offer is an event hub where you can have something interesting every day, so we engage with local audiences through different events and initiatives.

In the summer we operate an open air cinema in a nearby park. In five years it has become one of the biggest and most anticipated summer events in town. But as much as we always keep the needs of our neighbours in mind, we also like to think further, as we have been consistently attracting audiences from the broader region.

Jure Matičič: Young audiences are a very important part of our work as we try to bring cinema-going closer to young people. We have different programmes for schools, some of them even enable them to see a film for free, we do Q&As, special premieres of national films for children and teenagers, we have film talks, workshops, special activities during school holidays, “stop-motion” workshops, all this with the intention to make our cinema an inviting space for the younger audiences. But the main objective is still to get young people to fall in love with film, to be enchanted by it and to learn how to appreciate it as an art form.

Jure Matičič: Going digital was very important for us, as we were a relatively “young” cinema at the time. The transition from 35mm to digital has provided us with the biggest jump in attendance so far and it has opened up so many programming options. In a small exhibition market where films were most commonly distributed on one 35mm copy, we had limited access to titles, but with digital we are able to screen the film from day one and we can have a more diverse range of titles that we can keep in the programme for a longer period of time.

There is a very different workflow with digital, ironically even more work intensive than before, but with all the advantages, more effective trailer and advertising placing, diversified programming, alternative content ... we would never go back to 35mm. We did keep the 35mm projector though, just in case :)