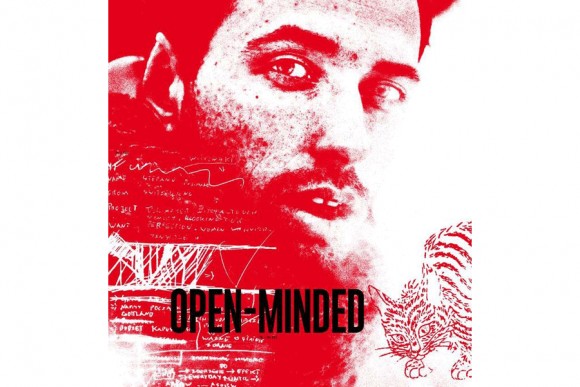 I expect lively discussions and exchange of opinions on producing documentary films in different parts of Europe. In my opinion, the future of documentaries lies in coproductions and therefore, networking internationally is very important. Here, more than anywhere else, personal relations are the key. The Emerging Producers programme gives a perfect opportunity for building such relations. I'm not going to lie, I would also like to find partners, both producers and TV journalists, who would be interested in joining the projects I'm currently working on. I am also hoping to find some projects with possibilities for coproduction.

Right now I am developing two projects by Łukasz Konopa, one about prisons for elderly people, the other about Polish retirement homes and German inmates living in them. I am also closing the financing deal for a Swiss-Polish production directed by Adreas Hoessli, loosely based on Szachinszach by Ryszard Kapuściński. Apart from all the projects, I am also bringing fresh Polish blood.

Documentary film in Poland is beginning to play an important role. The audience is growing. I remember a couple of years ago in my home town Wrocław, together with the Wrocław Film Foundation, we insisted on organising screenings of documentaries and the only audience was a handful of our friends. Now Michał Bielawski's The Team produced by Gutek Film and Unlimited Film gets box office results of 30,000 viewers. Of course it's a very specific example, because it is a documentary about the Polish national volleyball team, but regardless of the topic, 2 or 3 years ago you wouldn't even think about having documentaries in regular cinema distribution. Today it's completely normal. I myself am currently working on the distribution of a documentary film called Gottland, produced by Nutprodukce, Centrala, Czech Television, Bfilm and Studio FAMU, inspired by a bestselling book by Mariusz Szczygieł, which I also coproduced. The film will be screened in 37 cinemas all across Poland and it is totally art house! This shows that there is a market and an audience. Right now more and more producers decide to distribute their own films and even though it is tough work, I think it's the right direction to take.

In Poland we also have some very well established film festivals such as Planete+ Doc and Krakow Film Festival, during which cinemas are bursting at the seams. We could use more events for people from the industry, similar to the ones in Leipzig and Jihlava. That's also why Emerging Producers is an important and very much needed initiative, even from the perspective of a seemingly large film market such as Poland.

Another thing is the fact that the Polish Film Institute has started seeing documentaries in a better light. Development limits have been increased. Productions have bigger budgets and so there are more interesting projects.

Sources for financing international productions are roughly the same as the ones for Polish productions. We have the Polish Film Institute, sometimes you'll get money from a local fund, sometimes TV will chip in. The topic doesn't have to be related to Poland. What counts is the quality of the script and the premise of the film. Of course it is easier to find money for a Polish film, but having said that, four documentary films that I've produced have all been coproductions, two were majority coproductions and two minority ones, so it is possible! The Polish Film Institute tries to balance the amount of different types of coproductions and I think that's fair.

Of course I could complain about the system, that there is not enough money spent on documentary film, that badly estimated budgets are the norm. It is exactly so. It is very hard to complete the budget of a film based on national funding. This is what coproductions are for. Sure, that complicates the project, but that's the reality.

In Poland we are missing support from the TV. Both the public and the private TV very rarely get involved in documentary film projects. Documentary films disappear from TV or only get air time at night. Even if you somehow manage to convince the commissioning editor to get involved, usually their contribution is very small. I feel that film funds are more willing to invest in documentaries but at the same time TV is not interested in a project that is not profitable. It's a pity, because public TV should at least show more interest. We definitely lack funding from the private sector.

I have people that inspire me rather than ideals. One of them is the Danish producer Sigrid Dyekjær. She is an expert in developing a fresh approach to projects. In Poland I respect Anna Wydra for her effectiveness and Agnieszka Janowska for her intransigence.

Here I would like to mention a type of New Wave producer in Poland. We all try to support each other: Veronica Czołnowska, Dziedzic Aga, Aga Wasiak, Zuza King and many others. It is inspiring and encouraging that you are not alone, that many people in your area strive for similar purposes, to make the film market an open market.