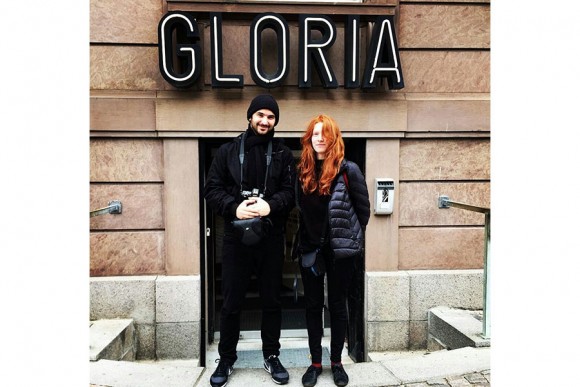 PARIS: Last year, we did a European Tour of Cinemas during 120 days visiting 100 cinemas looking for cinemas in reinvention. What we wanted was to find inspiration and advice to create our own cinema in the future.

In a time where people can watch movies everywhere, cinemas have to distinguish themselves and be places where people want to meet, to share experiences and to create memories. New and innovative ideas are springing up everywhere to create the most exciting movie experience, here are some of our favorites:

♥ Organise secret screenings. Inspired by the Secret Cinema movement, the Kino Nowe Horyzonty in Wroclaw (Poland) organises interactive events to promote some big releases. In September 2015, they did a huge treasure hunt for the movie Sin City, reconstituting some sets and hiring actors to play with the audience.

♥ Screen exclusively documentaries in a screening room full of lazy bags. The Dokukino in Zagreb (Croatia) has a programme 100% dedicated to documentaries, but also organises educational programmes, produces documentary films and has even set up a school to train young documentary filmmakers.

♥ Occupy a cinema to save it from upcoming destruction. In Serbia (Zvezda Cinema, Beograd) and Italy (Cinema America Occupato, Roma), young film lovers and artists occupied cinemas to fight the cultural demolition phenomenon and transform these places as meeting points for the new generation.

♥ Bring people together to build a cinema. The Deptford Cinema in London (UK) is a community cinema run exclusively by volunteers. People have not only helped finance the place but they have also built the bar and the screening room during the so called “Building Weeks”. Now, they’re running the place and doing the programing all together.

♥ Listen to the radio in the dark. In Denmark, the Copenhagen Radio Cinema organises a monthly listening event where they play radio productions and podcasts in the screening room.

♥ Create a movable pop up cinema. A team of architects and designers from Bulgaria created a pop up cinema, the Up Outdoor Cinema, using a structure they’ve made, to host some screenings during the summer near the Black Sea coast, in Lozenets.

♥ Transform a cinema into a club during the night. Arthouse cinema by day, music club by night, the Toldi Mozi is a popular venue among the Hungarian youth, which screens independent films, hosts festivals and organises several parties and concerts each week in its bar, the renowned Toldi Klub.

♥ Being more than a cinema. Set up as a cooperative in Santiago of Compostela (Spain), the Numax is a place where a cinema, a bookshop, a café and a video and graphic creation lab are run side by side.

♥ Drink a beer brewed in the cinema. At the Zukunft am Ostkreuz in Berlin, they not only screen movies but they also brew their own beer in a microbrewery installed in the cinema.

Find more about all these initiatives in our report about the emerging trends in cinema exhibition in Europe.