Jamie Campbell-Bower and Gerard Depardieu to star in It's Showtime Siberia! Featured 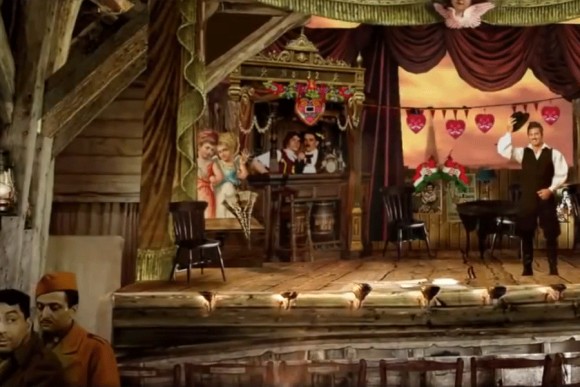 BUDAPEST: Academy award nominated Robert Dornhelm is to direct historical drama It's Showtime Siberia!, with shooting starting in March 2015. The film is a coproduction betwen Germany, Austria, Hungary, Russia with English as the original language.

A play within a play, the film will tell the tale of Hungarian soldiers in a POW camp in Siberia who stage their own version of the classsic operetta The Czardash Princess, by Imre Kálmán. Gerard Depardieu is tipped to play the camp commander.

Sarah Bolger is set to star as the young musical prima donna and Jamie Campbell Bower will play the conductor. The film will be shot on location in Hungary, Austria and Germany.

The 12m EUR production is set to be produced by Budapest based InQbator Film which is headed by Peter Kalmar. Kalmar said: "I have been nurturing a grand, musical film plan for the Czardash Princess since 2002 but it was only relatively recently that I stumbled across historical documentation that totally transformed my whole approach to the piece".

InQbator Film Ltd.
Hungary
This email address is being protected from spambots. You need JavaScript enabled to view it.
www.iqb.hu