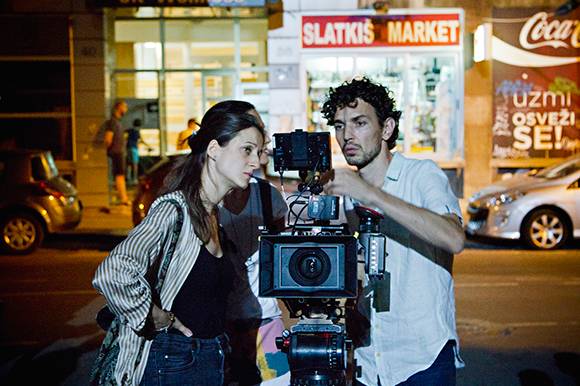 It's summertime, the streets of Belgrade are empty and the stories of three couples overlap with each other almost randomly. During a week that we get to follow them, a wider story regarding just one couple gets puzzled out. That would be the story of one love relationship caught in three crucial life moments.

The film is produced by the Belgrade-based production company This and That Production. Asymmetry – Three Territories (known as The Longest Summer during the preproduction) is supported by Film Center Serbia and the City Assembly of Belgrade. The budget has not been revealed.

Principal shooting began in Belgrade on 3 August 2017. The film is expected to be shot during 36 shooting days.

Previous works by This and That Production include Mirjana Karanović’s A Good Wife / Dobra žena (2016) and Darko Lungulov’s Monument to Michael Jackson / Spomenik Majklu Džeksonu.

This and That Production
Snežana Penev: This email address is being protected from spambots. You need JavaScript enabled to view it.