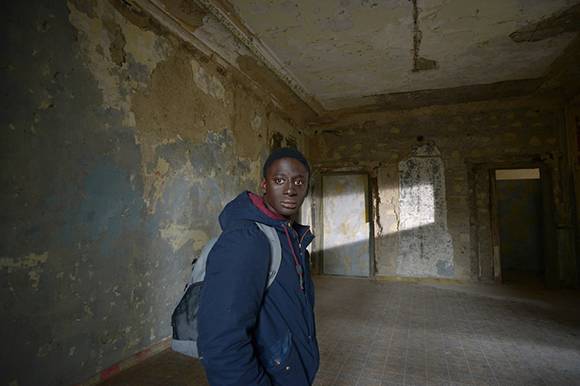 Strahinja is an athletic, impulsive and hard-working African young man from Mali. Three years ago, when the migrant crisis started, he left Africa with his wife Ababuo. Seeking a better life, they managed to make it to Germany but were deported back to Belgrade. Serbia might not be Germany but to Strahinja it’s a decent country, where he can settle and start a new life. A football player on trial for a local club, a volunteer for the Red Cross, Strahinja stacks all the odds in his favor. Thanks to his efforts, he is convinced that they will get asylum, but the process is long.

Strahinja is being produced by Belgrade-based Art & Popcorn and coproduced by France’s Surprise Alley, Luxembourg’s Les Films Fauves and Bulgaria’s Chouchkov Brothers.  It has been supported by Film Center Serbia, as well as by France’s CNC, Film Fund Luxembourg,  the Bulgarian National Film Center and Eurimages.

The shooting will wrap on 14 December. The film is being shot on location in Belgrade and surrounding areas. The budget is 1.2  million EUR.

Producer:
Art & Popcorn (Serbia)
This email address is being protected from spambots. You need JavaScript enabled to view it.