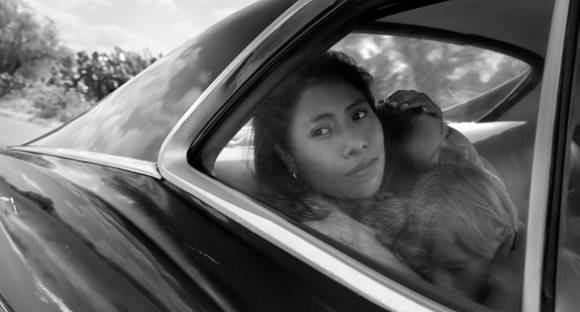 From the 19th to 23rd of March, the eighth annual Visegrad Film Forum will feature the Oscar – winning Roma by Alfons Cuarón and the black-and-white road-movie Nebraska with 6 Oscar nominations. Participants can see the documentary Untitled by Haneke´s long-term editor Monika Willi, the (a)political documentary The Trial by the darling of top-notch film festivals, Sergei Loznitsa, the autobiographical Cameraperson debuted at Sundance, and the documentary set in Tel Aviv, Central Bus Station. Everything will be screened with the personal attendance of the creators.

“ROMA is an attempt to capture the memory of events that I experienced almost 50 years ago.”, says the Oscar – winning director Alfonso Cuarón. “It is an exploration of Mexico's social hierarchy, where class and ethnicity have been perversely interwoven to this date and, above all, it's an intimate portrait of the women who raised me in a recognition of love as a mystery that transcends space, memory and time.”, Cuarón continues. His latest film won the main prize at the Venice Film Festival and, more recently, won the Oscar in the category of Best Foreign Language Film. The viewers will have a special chance to see the film on the big screen with the personal attendance of the film architect Eugenio Caballero.

Director Alexander Payne managed to reveal the underbelly of America matter-of-factly and without emotional coercion in the black-and-white road-movie Nebraska. The film attracted the attention of critics and received a nomination for the Palme d´Or in Cannes and six Oscar nominations. "I've won a million dollars," says Woody Grant, a retired eighty-year-old from Montana, as he waves around a letter from a publisher the likes of Reader's Digest. He forces his son to take him on a trip from Montana to Nebraska to pick up the winnings. The son reluctantly goes even though he suspects that his father's winning ticket is just one of many personalized flyers spread across America. The film will be introduced by cinematographer Phedon Papamichael.

A path with open eyes and an open mind. Untitled.

Despite the fact that Monika Willi has never studied film, she has worked alongside directors such as Michael Haneke and Michael Glawogger. At the Visegrad Film Forum 2019 she will present Untitled which she finished after Glawogger´s tragical death, and will hold master class about her work including cooperation with Michael Haneke on films such as White Ribbon, Amour or Happy End. In the December of 2013, director Michael Glawogger set off on a fateful documentary journey. As an observing wanderer, he wanted to travel around the world and capture it in its entirety without defining a subject, having a firm plan, or issuing preliminary judgments. He was conducted only by the principle of happy coincidence or providence. Unfortunately, in 2014, he died of malaria and his journey ended. The processing of the filmed material became an commitment for Glawogger's editor Monika Willi in the name of the deceased adventurer. Thus, she cuts, edits and finishes the film without the director’s input. A journey into the world with open eyes and an open mind -  observing, listening and experiencing. The concept for filming and cutting the film is a happy coincidence.

The drama is real, but the story is made up. The Trial.

Unique archive footage is the reconstruction of one of the first elaborate political trials orchestrated by Stalin, which unfolds almost like a theatrical performance with actors who deceive themselves, the audience and the whole world. "I decided to make a movie during which the spectator had the chance to spend two hours in the USSR in 1930. To see and experience the moment when Stalin's state terrorist machine was put into action." Slovak premiere of the film will present Sergei Loznitsa.

What does it mean to film and be filmed? Behind the camera (Cameraperson).

Award-winning cinematographer Kirsten Johnson, that participated in the making of the Oscar-winning documentary Citizenfour, will introduce her personal debut premiered at the Sundance at the Visegrad Film Forum 2019. During her 25-year career, she has filmed thousands of human dramas. In an impressive collage of the shots she had collected during that time, she asks intense questions about her own work and the documentary genre as such. Is it ethical to film your own mother, whose mind is slowly being overtaken by Alzheimer’s disease? When becoming witness to a potentially dangerous situation, when should a documentary filmmaker intervene and when should he just look on and stay impartial?

The city under one roof. Central Bus Station.

The documentary, that won a special mention award at the Jihlava International Documentary Film Festival, will be personally presented by its director, Tomáš Elšík, along with the protagonist  Yonathan Mishal. "For me, the central bus station is not only a strange place, but it's also a place where everyone can find a piece of home," the director says. The Tel Aviv´s central bus station has been the largest in the world up until recently. However, the oversized space does not serve its original intention any longer - to attract crowds of people who, confused by the optical illusion of the interior design, end up contracting shopping fever. The concrete monster, which can not be easily dismantled, has gradually become a sanctuary that is temporarily occupied by people from the edge of society - refugees, criminals, prostitutes. The director of the feature, as well as itsmain character, the tourist guide Yonathan, confess in the documentary that they are fascinated by one of the wonders of the world of wastefulness and the microcosm of those who live there.

Partner schools: The Academy of Performing Arts, Film and TV Faculty in Bratislava, The University of Silesia in Katowice, The Academy of Drama and Film in Budapest, KNUTCT Kyjev, BFM Tallinn, Sahara Lab and UNATC Bucharest

Tweet
More in this category: « goEast 2019: Thematic Focus: “Everything Remains Different? – The Wild 90s” // “Pan-European Picnic”: Literature, Music Videos and Ukrainian Hip-Hop from alyona alyona The shooting of the feature Don't Forget to Breathe by the director Martin Turk begins »
back to top