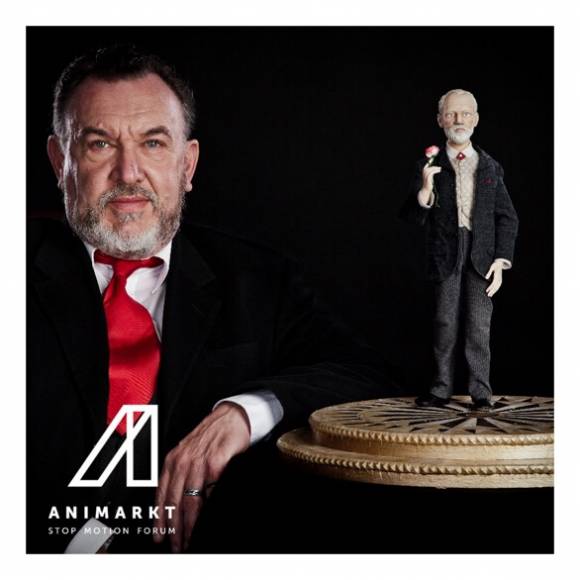 Guests include co-workers of Wes Anderson and Tim Burton.

On 8-12 October Łódź will become a meeting place for creative industries focused around the film. All thanks to the ANIMARKT Stop Motion Forum - the world's only industry event dedicated to stop motion and puppet animation. Five days filled with masterclasses, consultations, presentations of final projects that will compete for attractive prizes and workshops with outstanding artists who work Wes Anderson or Tim Burton on a daily basis. Producers, distributors and artists will exchange experiences and get to know the city of Łódź. The aim of the event is to integrate the artistic and business environment and promote the growing market of stop motion animation among potential investors.

As the originators and organizers of the event say, the puppet animation and stop motion market today is experiencing a growing interest in the world from both creators and environments related to financing of the film art.– It seems that after years of fascination with the ideal digital productions of large film studios, there is a clear shift towards a different form, created by the human hand, and thus naturally closer to us. It is clear that this is part of a broader trend that inevitably includes film art.–says Paulina Zacharek from MOMAKIN, the ANIMARKT organizing entity, which deals with complex and professional support for the creation of animated films on a daily basis, from planning and financing through production to distribution.

- At ANIMARKT, we focus on meetings and integration of the industry. Beginners have the opportunity to learn the secrets of the work of professionals, ask about issues related to the implementation of projects, consult their ideas with experts. We connect people who work in animation so that they can find more opportunities to implement their projects, and are inspired by what they see and hear - adds Zacharek.

What are the features of this year’s edition?

The program of this year's edition includes three program sections. ANIMARKT Masters is a series of events addressed to students and artists taking their first steps in the world of animation. Workshops with experienced professionals and practitioners will focus on animation directing, character animation and the art of cinematography. The workshopswill be conducted, among others, by Barry JC Purves - Oscar and BAFTA nominee, who’s been dealing with stop-motion animation for 40 years, Juan Soto - animator of international productions such asMissing Link or My Life as a Courgette and Malcolm Hadley - cinematographer who worked on such productions as Isle of Dogs and Frankenweenie.

For those with the idea

ANIMARKT Pitching is a great opportunity to present your puppet short film project to an international jury and attract partners for its realization. It is also a chance to win valuable prizes that will help in the realization of the film. The finalists will compete for vouchers worth PLN 60,000 and PLN 40,000 to use the CeTA studio (Audiovisual Technology Center in Wrocław) and its facilities for film production, or the APALAB award - a two-week residence in the Quirino Cristiani Animation Centre in Cordoba (Argentina), devoted to screenwriting and project development. It is worth mentioning that the film Daughter by Daria Kaasheva, which took part in Pitching 2017, was recently nominated for a Student Academy Award. This year's finalists include three projects by Polish artists. The full list of ANIMARKT Pitching 2019 participants is available here: http://en.animarkt.pl/pitching/selected-projects/

The new part of the programme - ANIMARKT Business - is entirely devoted to the consolidation and development of the animation industry. This section was created to enable making new contacts and promote cooperation. The programme of this section includes a series of consultations "Ask the Expert", which is an opportunity to discuss one's own project and ask professionals for advice. During this year’s edition you can present your ideas to producers, distributors, animators, scriptdoctors or representatives of financial institutions. Meet experts such as Luce Grosjean of Miyu Distribution, who was in charge of distribution of Oscar-nominated Negative Space and Garden Party, Corinne Destombes – head of development at Folimage, one of the most important animation studios in France, Tim Allen – an animator whose portfolio includes such great stop motion productions as Isle of Dogs, Fantastic Mr Fox, Corpse Bride, and  Sophie Prigent – a representative of an international distributor of animated series sold to major tv stations and such platforms as Netflix and Amazon.

The programme also includes the only meeting in this part of Europe, during which the recruitment of animators and costume designers for the world-famous LAIKA studio from the USA will be held.

ANIMARKT is also a series of accompanying events addressed to professionals, as well as animation lovers. They include film screenings and business breakfasts. Admission to all ANIMARKT Stop Motion Forum events is free of charge, but due to the limited number of places, some of them require prior registration. The full programme is available athttp://en.animarkt.pl/

The ANIMART Stop Motion Forum is organized by MOMAKIN – an organisation dealing with the popularization of animation, as well as supporting its creators in Poland and internationally through comprehensive activities in the field of production, distribution, promotion and education.

ANIMARKT is organised thanks to the co-financing from the International Visegrad Fund, the Ministry of Culture and National Heritage from the Culture Promotion Fund and the Polish Film Institute. More info is available at www.animarkt.pl

The main partner of the event is EC1 Łódź - City of Culture and Łódź Film Commission. All the events of the fourth edition of ANIMARKT will take place in the EC1 complex, which is located in the redeveloped buildings of the first commercial power plant in Łódź, which was established in 1907 and operated until 2000. Currently it is an open space for various cultural and scientific activities, which is the seat of the EC1 Science and Technology Centre, the National Centre for Film Culture, the Łódź Film Commission and the Centre for Comics and Interactive Narration.

Acción Cultural Española (AC/E) supports the participation of Spanish artists Juan Soto, Paloma Mora, Jose Luis Farias, Bea Bartolomé and Carlos Bleycherin the Project through the Programme for the Internationalisation of Spanish Culture (PICE), in the framework of the Mobility grants.

Tweet
More in this category: « 1989-2019 : THIRTY YEARS AFTER THE FALL OF THE IRON CURTAIN 16 feature films, short films and documentaries selected for the fourth edition of FILM + »
back to top