CINESTAR CINEMAS OPEN THEIR 5TH MULTIPLEX IN BOSNIA AND HERZEGOVINA 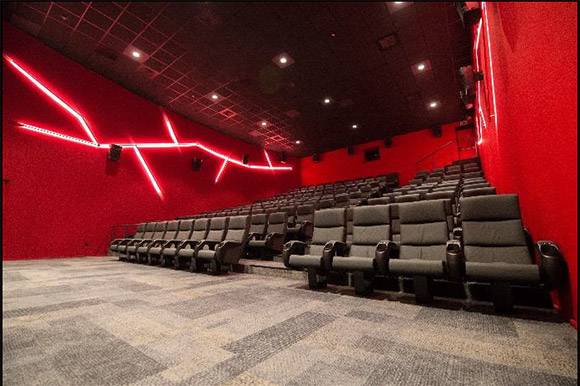 On 17 December 2019, CineStar Cinema chain in Bosnia and Herzegovina is richer by another site which was opened in the city of Zenica, in Central Bosnia.

Although not big in size with only 3 screens - like all other CineStar Cinemas sites, the Zenica cinema site is also equipped by the latest standards introduced by CineStar Cinemas, bringing a completely new level of cinema entertainment in yet another city. This encompasses wall-to-wall screens, state-of-the-art sound and image technologies such as Dolby Digital EX, DTS, Crown sound technology with JBL cinema speakers. In addition, 2 screens are fully equipped with the latest generation Ultimate RealD 3D technology with engineered screen surface that produces a much higher contrast which reflects the maximum amount of light possible - creating a clean and precise image to the viewers and enabling the best possible 3D experience. It goes without saying that the total of its nearly 300 seats are comfortable cinema seats with cup holders, including Love Seats, providing maximum comfort to the audiences.

CineStar is the largest multiplex cinema chain not only in Bosnia-Herzegovina, but also the region. It has thus far opened 23 multiplex sites in the region, including Zenica, with a total of 141 digital screens and a total seating capacity of almost 23,000, making it the largest and most successful theatrical exhibitor in the region of former Yugoslavia. In addition to Zenica, the existing sites in Bosnia Herzegovina include CineStar Mostar, with 5 screens and 700 seats, the first ever multiplex in Bosnia which opened in 2012. The next to open was CineStar Bihać in 2014 (6 screens, 834 seats), followed by CineStar Tuzla in 2016 (5 screens and 789 seats). CineStar 4DX Delta Planet Banja Luka opened its doors to the public this spring, with its 6 screens and 725 seats.

In the first half of 2020, CineStar is opening its 24th site within the Ada Mall in Belgrade, Republic of Serbia. The site is expected to be one of the most prestigious and most beautiful and prestigious cinema sites in, but also outside this region.

As a company which keeps raising the bar and creating continuous growth, earlier this year, CineStar was declared the best theatrical exhibitor in Europe in 2019 by International Union of Cinemas (UNIC), the organization which represents the interests of cinema trade associations and cinema operators covering 37 countries in Europe and in neighboring regions. The „International Exhibitor of the Year“ award was presented to CineStar at CineEurope Convention in Barcelona in June 2019. Particular emphasis was put on CineStar providing to their audiences the best cinema experience and paying special attention to putting innovation first, which made it into one of the leading and fastest-growing exhibitors in the region as well as Europe.