dok.incubator is delighted to announce another 3 films developed in dok.incubator workshop are now competing in the World Cinema Documentary Competition at Sundance Film Festival! In the last 8years of the workshop 12 films have already been selected for Sundance. 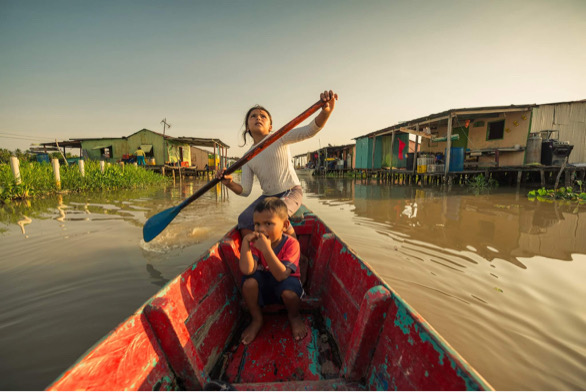 “Once Upon a Time in Venezuela”(VE/ UK/ BR), directed by Anabel Rodríguez, tells the story of once prosperous Venezuelan village which is now decaying and disintegrating and its inhabitants that have to deal with the gradual disappearance of their home as the lake - Latin America’s largest oil field - is slowly turning into a swamp.A small but prophetic reflection of Venezuela itself. 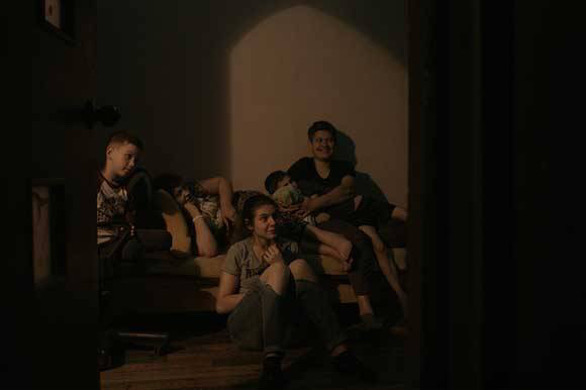 „The Earth is Blue as an Orange“ (UA/LT) a first time feature length film by Iryna Tsilyk, tells a story of a family coping with the daily trauma of living in the front-line war-zone of Donbas and facing down hardship with remarkable resilience. Anna and her children are making a film together about their life in the most surreal surroundings. 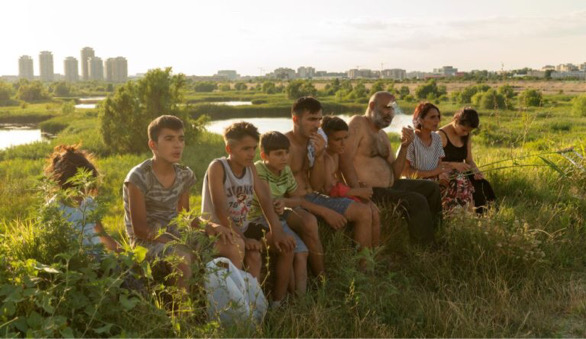 Radu Ciorniciuc’s debut “Acasa, My Home” (RO/ FI/ DE) follows the dramatic change in the life of Enache family which is chased out from the wilderness of the Bucharest’s Delta and forced to adapt to the big city. Fishing rods are replaced by smartphones, idle afternoons are now spent in classrooms, and family links are hard to maintain. With their roots in the wilderness, the nine children and their parents need to keep their family united in the concrete jungle.

Applications for the 2020 workshop are open now!

DEADLINE: 29th January
FIND OUT MORE
or meet us at Berlinale 21st – 24th of February.

NEM ZAGREB OFFICIALLY STARTED AND IT’S ALL ABOUT CONTENT CREATION

The first edition of NEM Zagreb gathered world-renowned producers, writers and actors, along with foreign and domestic media

Zagreb, December 12th - NEM Zagreb, the largest TV market in Central and Eastern Europe, officially started today for the first time at the Esplanade Zagreb Hotel. Unlike the already established NEM Dubrovnik, NEM Zagreb is focusing on creating TV and film content. Some of the most influential people in the TV industrywill gather in Zagreb from December 11 to 13in order to share their knowledge about content creation.

What to expect at NEM Zagreb?

Writers will also have a chance to upgrade their expertise atexpert-led workshops on screen writing using Story-Type Method.

A warm welcome was offered by Sanja Božić Ljubičić, NEM’s CEO, together with Kazimir Bačić, General Director of Croatian Radiotelevision (HRT), followed by the premiere of HRT’s feature documentary film “The Age of Uskoks”, as an example of an original production.

“We are excited for our partnership with NEM and are happy to see it in Zagreb for the first time. This is a great opportunity to premiere our original content”, said Mr. Bačić.

The first day of NEM Zagreb also featured a discussion about the growth of original European productions. Stephen Driscoll, EVP EMEA & European co-productions at all3media international, emphasized the importance of original content and pointed out the possibility of European TV shows taking over the world: “Broadcasters want original content. If they have a big enough budget, they can buy an idea and adjust it to the local audience. The audience has become more open-minded, making the language barrier smaller and creating anopportunity for original productions. Having more original content is a healthy thing for market diversity.”

There is strength in co-production

“This alliance existed in the 70’s but in a different form.Today’s market landscape is changing very quickly. Co-production needs time, patience and trust. Also, our task is rather challenging because our project has to be successful in three different countries”, Zatta emphasized.

He also offered a glimpse of some of the Alliance’s projects and emphasized the quality which such cooperation results in: “Considering the public broadcasters’ role connected to democracy, we carefully have in mind on which projects to focus. For example, Cacciatore (The Hunter) is a new series about prosecuting mafia in Italy made entirely by first-time writers.”

“We decided to film in original locations in Poland, Czech and Ukraine and work with a different crew in every country. All three national broadcasters were rather open to the idea of cooperation. Producers should come together and broadcasters will follow the idea of co-production”, Jablonski concluded.

Alongside panels, presentations and screenings, NEM Zagreb is also abusiness opportunity for writers with good ideas regardless of their experience. The TV Writing Contest will reach its peak on Friday duringa specially organized Meet &Greet. Authors of six best scripted and unscripted scenarios will have an opportunity to pitch their ideas to representatives of world’s most famous production companies and a chance to win a € 5,000 prize.

WARSAW: Eight films from CEE countries have been selected for the Sundance Film Festival, which will take place in Utah, USA from 23 January to 2 February 2020.

dok.incubator is delighted to announce another 3 films developed in dok.incubator workshop are now competing in the World Cinema Documentary Competition at Sundance Film Festival! In the last 8 years of the workshop 12 films have already been selected for Sundance.

Take a closer look at the Serbian documentary project Goodbye Beautiful, which was selected for the 17th edition of Ex Oriente Film out of a record number of 107 submitted projects from 40 countries.

TRIESTE: First Cut Lab is launching its new programme First Cut+, which will promote 16 feature films in postproduction from low production capacity countries, with a focus on Central & Eastern Europe. The first edition will take place during Trieste’s When East Meets West from 16 to 20 January 2020.

First Cut+, the new program created for boosting the competitiveness and marketability of feature films that previously participated First Cut Lab, is gearing up for its first edition that will take place from 16-20 January 2020 during Trieste’s When East Meets West. First Cut+ consists in the promotion of a portfolio of 16 fiction feature films at the stage of post-production, predominantly from countries with a low production capacity (at least 75% of the films) and with a focus on Central & Eastern Europe. The range of films will be large: from both debut & experienced directors, small and larger budgets. 8 projects will be presented in Trieste, another 8 will take part in the summer session during Karlovy Vary’s Eastern Promises.

First Cut Lab, the workshop for fiction feature films in editing phase run by Tatino Films, will enhance its support through a new program addition called First Cut+ with the support of the Access to Market scheme of Creative Europe’s MEDIA program. First Cut+ will promote a portfolio of 16 fiction feature films in post-production from low production capacity countries with a focus on Central & Eastern Europe. First Cut+ is the only brand-new action to receive financial support from the Access to Markets scheme this year.