Interview with Stanislav Babić from Telefilm 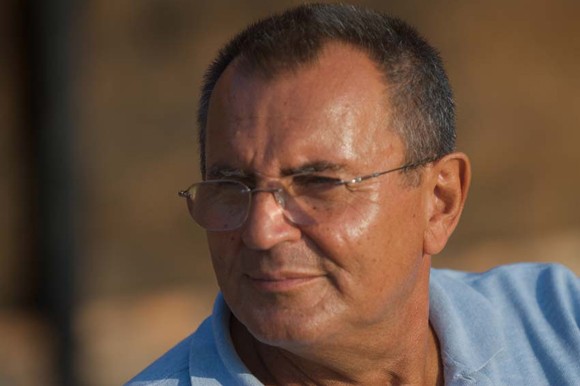 Established by Stanislav Babić in 2003, Telefilm is one of the most successful production companies in Croatia. Among the films produced by Telefilm are Melon Route, Metastases and Cannibal Vegetarian by Branko Schmidt, Horseman by Branko Ivanda and Number 55 by Kristijan Milić.

Stanislav Babić: This development did not start in 2015, it started before. Now, with our film institute, HAVC, the rules are set. Only the projects which are ready for shooting go into production, only the projects ready for distribution go into distribution. For us it is easier to work this way and this system proved to be good. Bigger audience in cinemas, more awards in festivals.

Stanislav Babić: Croatian projects were not regularly picked by ScripTeast. Our project Ministry of Love was the second Croatian project to be picked and the last so far. ScriptTeast has a very good reputation and it made our script better. So, it is obviously good for the producers. And the large amount of the scripts finished at ScripTeast found their funding later, so that says a lot about the workshop.

FNE: How important is for a producer to produce a film based on a script participating at ScripTeast?

Stanislav Babić: I would not say important. No one will give you money because you said that your script participated in an important workshop. But I would use the word helpful. Every good workshop helps. And ScripTeast is a very good one.

As a producer, when you work with a writer who later directs the script himself, you will notice how much he knows about every character, every set up. It makes a difference and it makes the preparation better. And with a better preparation, you will save money.

FNE: Do you see ScripTeast as a validation for the quality of a script?

Stanislav Babić: Making movies is a risky business… You never know the outcome. Sometimes you make a bad film or an unsuccessful film from something that looked so good on paper. So I think there is not a general rule. But, it is definitely better to have a script validated by an excellent workshop and to test how the story works internationally. There are bigger chances that you will later have a film which will work better.