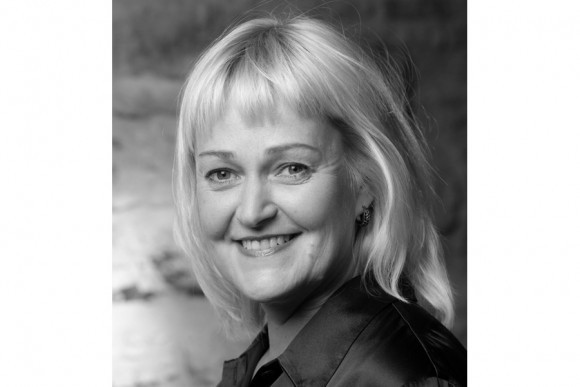 Film New Europe and Independent Film Foundation are celebrating the 10th anniversary of ScripTeast with a series of weekly interviews with scriptwriters and key players involved in ScripTeast activity.

This week we focus on Estonia and we speak with Edith Sepp, the Director of the Estonian Film Institute, and with the scriptwriter/director Mart Kivastik, who participated in ScripTeast twice.

Interview with Edith Sepp, the Director of the Estonian Film Institute

Edith Sepp: Apart from being one of the Foreign Language category Oscar nominees in February 2015 with Tangerines (Allfilm, Cinema 24), the most important development was reaching 350,000 admissions for national films (general admissions were 3.1 m) and a market share of 11.3%. European films had a market share of 26%, a healthy and balanced local market.

FNE: What is the major step to be taken in your national cinema in 2016?

Edith Sepp: Estonia introduced a cash rebate. Somehow, we also continued with our great admission numbers so as of today, 16 June 2016, we have already reached 290,000 admissions for national cinema.

Two more feature films will be released in autumn 2016 plus two minority coproductions. Additionally, there are animated films and many, many documentaries.

Two new films will be released in the Karlovy Vary East of the West Competition, The Spy and the Poet / Luuraja ja luuletaja by Toomas Hussar (produced by Allfilm) and The Days That Confused / Päevad, mis ajasid segadusse by Triin Ruumet (Kinosaurus Film).

The documentary Close Relations by Vitaly Mansky will be released also in the Karlovy Vary Documentary Competition. The film is a German/Latvian/Estonian/Ukrainian coproduction. Busy year.

Edith Sepp: Most of the stories developed under the scheme will go into production in a year or two. This is the best sign of quality. These people who run the scheme are world-class teachers, and one thing is the benefit for the specific project that has been developed, but more important is the knowledge that they spread. They teach how to succeed in storytelling.

Mart Kivastik: The first public pitching in front of all the ScriptTeast participants. I did not expect it. That was the thrilling part. Other memories are the excellent food and the party at the river.

Mart Kivastik: So important that I would come every year if rules allowed it. But I was lucky to participate twice. It is my only film school with Tom, Christian and George Sluizer and Udayan Prashad as my teachers, and Violetta and Dariusz as my school masters.

I have learned a lot from them, not only about films and scripts and pitching and structures, but about how to make things work in a wider sense as well. ScripTeast as a Polish / European coproduction project is a great example of how to make things happen.

I liked all three sessions, in Poland, Berlin and Cannes, a lot. For different reasons. And I made a lot of friends during the workshop. Some of them are still around, but I do remember if not all the names then all the faces.

Mart Kivastik: To keep my head calm and focused towards my own work, to see it from another side and to listen to good advice. And that I'm not always the smartest in the world.

FNE: In which ways is ScripTeast different from other script development workshops?

Mart Kivastik: ScripTeast has got an ideal balance between work and fun, and both were great. To combine them is not always very easy. You do get exhausted sometimes! And I had a chance to work or meet with different professional film people. And to see the Cannes and Berlin festivals the way we saw them, that was a luxury.

Mart Kivastik: I am working on a film called When You Least Expect It. It is a melodramatic comedy and a love story. I wrote the script and I am directing it myself. We did most of the shooting and editing, so the premiere would be in autumn 2016.

My last ScripTeast project, Soldier, is waiting for gap financing. I hope to get it financed after this one is done.

Happy birthday ScripTeast, my best wishes to all of you!