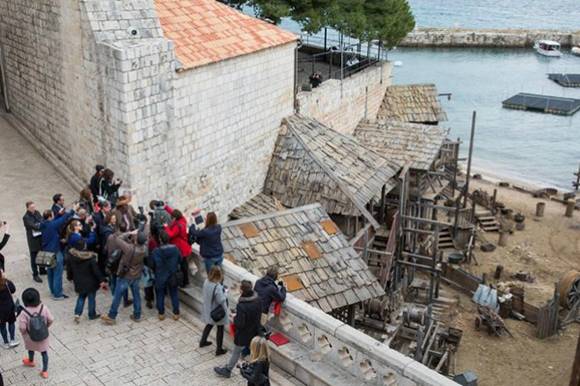 ZAGREB: Six international projects applied for tax incentives in Croatia by 1 June 2017. According to the Croatian Audiovisual Centre, 2017 will be a better year than the record year 2015.

"The commitment of the Centre and the State to sustain the incentives had its full realisation during first half of this year. Not only are we witnessing that 2017 will surpass the record breaking 2015, but the benefit of the cash rebate for the local economy is astounding", Daniel Rafaelić, chief executive of the Croatian Audiovisual Centre, told FNE.

The Croatian Audiovisual Centre didn’t disclose the local expenditure for the films that applied for incentives by 1 June 2017, nor the titles of the international productions set to be shot in Croatia in the second half of 2017.

Among the projects that already applied for incentives in 2017 are the BBC One series McMafia directed by James Watkins (serviced by MP Film Production) and the 10-part AMC series The Terror by David Kajganich and Soo Hugh (serviced by Embassy Film), as well as feature films such as Robin Hood by Otto Bathurst (with Pakt Media servicing) and The Guardian Angel by Arto Halonen (who also shot A Patriotic Man in Croatia in 2013) with MP Film Production also servicing.

The tax incentives scheme was launched in Croatia in 2012.