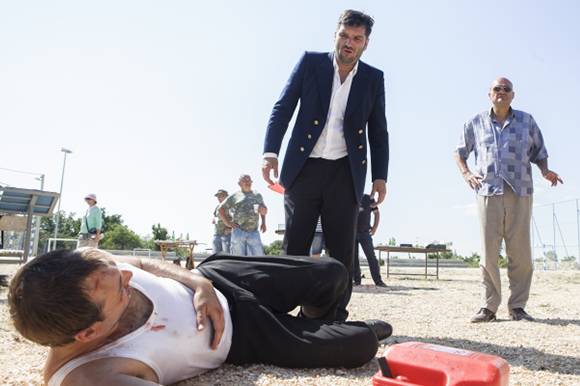 Ministry of Love by Pavo Marinković

This Croatian/Czech/Slovenian coproduction supported by the Croatian Audiovisual Centre (HAVC), the Czech Film Center, Eurimages, as well as the HRT, was supposed to air on HRT in prime time on 4 January 2018.

“Their explanation was: till they check if the film was ‘against the broadcasting rules of HRT’, which is not very believable since they knew the script, the reviews were everywhere and the film had certain international successes. It is a pure act of censorship, which belongs to our communist past, but this time it’s executed by the extreme right groups. It is a pressure put on the Croatian artists, the Croatian film industry and the Croatian Audiovisual Centre”, Pavo Marinković told FNE.

"We are shocked that it is possible for a group to come to the national television to protest and thus change the broadcasting schedule, contrary to all the procedures”, the managing boards of the Croatian Producers Association and Croatian Film Directors’ Association said in a letter of support.

The film is a dramatic comedy about a man sent by the Government to investigate on widows of Croatian soldiers in order to track down those living in extra-marital unions and take away their late husbands’ pensions. Eventually this investigator falls in love with one of the widows.

Ministry of Love / Ministarstvo ljubavi was produced by Telefilm  in coproduction with 8Heads Productions, HRT and Casablanca Film Production, and it was developed at ScriptEast. The film screened in some 30 international festivals, including Croatian festivals, and it was already released in Croatia where “the general audience, including lots of war veterans, embraced it”, Marinković also said.