PRODUCTION: Goran Dević in Production with Docu-Fiction What's to Be Done? Featured 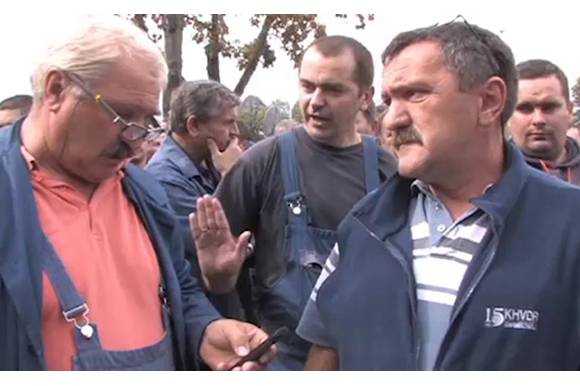 What's to Be Done? by Goran Dević

ZAGREB: Croatian director Goran Dević is in production with the Croatian/Slovenian coproduction What's to Be Done? / Što da se radi, a 90 minutes docu-fiction following the efforts of a union leader and the workers of a train factory to hold on to what they feel is “their” factory.

The first act consists of observational documentary material, which follows chronologically the events in a locomotive factory based in Zagreb in 2016, from the suicide of the best friend of the factory’s union chief deputy to the bankruptcy of the factory. The second act is a fictional chapter, where workers use fiction as a tool in changing the outcome of real events that happened in the first part.

Osvadić told FNE that the budget is 400,000 EUR with 160,000 EUR in place through script development, project development and production grants from the Croatian Audiovisual Centre.

The first part has already been shot and the second part is currently in the financing stage with shooting expected to take place from 1 September to 1 November 2020. The premiere is set for 1 April 2021. No sales agent or distributor is attached to the project yet.

Petnaesta umjetnost was founded by Hrvoje Osvadić and Goran Dević in 2007. Initially, the company was dedicated to the production of documentaries, but in recent years it has expanded into fiction films as well.

Dević has received several awards, including the Kingfisher Award ex-aequo at the Ljubljana Film Festival for The Blacks / Crnci (Kinorama) in 2009. His documentary On the Water / Na vodi (produced by Osvadić through Petnaesta umjetnost) will have its world premiere in the International Competition of the 61st Dok Leipzig (29 October-4 November 2018).

Producer:
Petnaesta umjetnost (Croatia)
This email address is being protected from spambots. You need JavaScript enabled to view it.