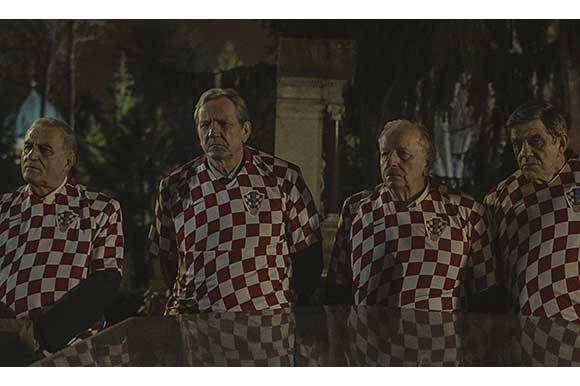 What a Country! by Vinko Brešan

ZAGREB: Vinko Brešan’s Croatian/Serbian/Polish coproduction What a Country! / Koja je ovo država has racked up 56,076 admissions in Croatia in five weeks, much more than the Croatian hit of 2018, The Eighth Commissioner / Osmi Povjerenik by Ivan Salaj, which had 31,828 admissions.

What a Country!, a tragicomedy and political satire, was written by Mate Matisic, who is also a composer and has made the music for all Vinko Brešan’s films.

What a Country! was produced by Interfilm in coproduction with Serbia’s Zillion Films and Poland’s Orka Production Studio. The film was supported by the Croatian Audiovisual Centre, the Polish Film Institute, Film Center Serbia and Eurimages.