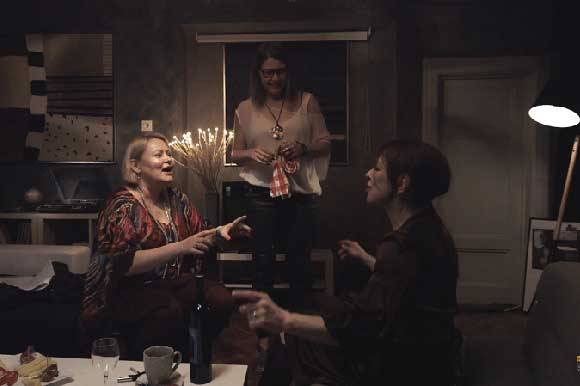 ZAGREB: Lada Kamenski by Sara Hribar and Marko Šantić, which received four awards including best newcomer (Sara Hribar) at the 2018 Pula Film Festival, will be released in Croatian cinemas on 7 March 2019.

Frano, a young director, is preparing his debut feature. It is a story about women affected by the collapse of the Croatian textile industry, inspired by Frano's aunt, who used to work at a tailoring factory. In order to cast the star of the film, he invites three actresses to an informal reading rehearsal. Once they realise they are competing for the same role, things take an unexpected turn. Sara Hribar wrote the script.

It was produced by Sekvenca in coproduction with Peglanje snova and Antitalent, with the support of the City of Zagreb and the Croatian Audiovisual Centre (HAVC).