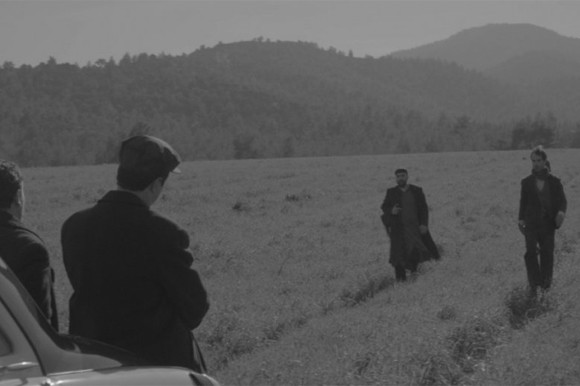 After the financial crash in 2013, the film industry in Cyprus is slowly getting back on its feet with the Ministry of Education and Culture approving production grants for seven domestic films. Funds have been frozen since 2012, and this new release of funds will assist the country with a population of 1.14 m to develop as a producer of domestic films and a destination for international productions.

Even with funding cuts and the fact that producers commonly work with Athens due to the two countries’ common language, Cypriot producers still managed to make culture a priority and make sure that the Cypriot film industry does not fall behind.

Cultural Officer from the Ministry of Education and Culture told FNE that film is important in Cyprus because “culture comes first, business comes second.”

Cyprus typically produces approximately two feature films annually but in 2015, as producers have been trying to complete production for release now that the economy is recovering, the number went up to six.

The following drama films are in the final postproduction stages: History of the Green Line / I Istorias Tis Prasinis Grammis by Panicos Chrysanthos, Rosemary by Adonis Florida, Sunrise in Kimmeri / Kimmeria by Simon Farmakas, Boy on the Bridge by Petros Charalambous, Five Shilling Nylon / Pente Selinia Nylon by Christos Shopachas and the documentary Forgotten Brides / I Timi Mias Thimateras by Yeliz Shukri. All the films are expected to be completed by the beginning of 2016, in time to be selected for festivals.

Rosemary’s producer is Adonis Florides in cooperation with AMP Filmworks.

The drama Sunrise in Kimmeria is coproduced by the Cultural Services of the Ministry of Education and Culture, the Cyprus Broadcasting Cooperation CyBC, DD Media Studios, FotoCine Studios FKS Ltd and the South Eastern European Fund.

Boy on the Bridge by Petros Charalambous is produced by AMP Filmworks in association with the Cultural Services of the Ministry of Education and Culture and the Yiannakis Papadouris Foundation.

The feature films Happy Birthday by Christos Georgiou and Beyond the Cypresses by Longinus Panagis are in the final stages of development within the Development of Production Scheme by the Ministry of Education and Culture.

Three independent domestic feature films were released in 2015 with the postproduction support of the Ministry of Education and Culture through the Independent Producers Support Programme.

The comedy Magic Beans / Ta Magika Fasolia by Theo Panayides was shot in the summer of 2014 and released in November 2015.

The drama Family Member/ Melos Ikogenias by Marinos Kartikkis was released in November. AB Seahorse Film Productions was involved in the film’s production.

The third domestic film to be released in 2015 is the drama Conveyor Belt by Alexia Roider. The film was selected for the Cyprus Film Days in April 2015 and was produced by FilmBlades in coproduction with Blunatic Studios, Media Studios and Zedem Media.

Aphrodite: the Great Goddess of Cyprus had a budget of 150,000 EUR and involved four years of filming in Cyprus, Greece, UK and Egypt.

Beloved Days was coproduced by Atlantis, the Cinema Advisory Committee of Cyprus, FilmBlades, Rollout-Vision and Walking Around the World.

The feature film Impressions of a Drowned Man / Entyposis enos Pnigmenou, premiered at Rotterdam International Film Festival in January 2015, after being produced in cooperation with the Ministry of Education and Culture in 2012 before the funding was frozen. The film is a coproduction between Cyprus and Slovenia produced by Drytree Films (Cyprus) in coproduction with FilmBlades(Cyprus) and Restart (Slovenia).

“There are no Cypriot distributors per se in Cyprus, only representatives of foreign distribution companies which are in charge of distributing European and foreign films in general,” the Cultural Officer from the Ministry of Education and Culture told FNE.

Psefionline is the local online documentary distribution arm of the production company Tetrakys. The company withholds ten percent of revenues from the distribution of its films in order to fund other filmmakers who work with the company.

Republic of Cyprus - Ministry of Education and Culture

Sources: Ministry of Education and Culture, Lumiere Data Base on Admission of Films Released in Europe