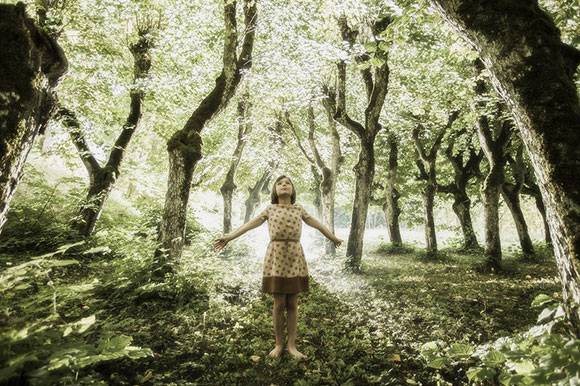 Latvian film industry continued to grow steadily in 2016. State funding for film industry reached 6.7 m EUR in 2016, indicating nearly 1 m EUR growth from 2015, one of the reasons being a special film production programme set for Latvia’s centennial in 2018.

Ten feature films were in production in 2016, as well as seven animated films and 20 documentaries.

Domestic film industry has been preparing for Latvia’s centennial in 2018. Sixteen feature film projects were granted special funding, among them six fiction films, eight documentaries and two animated films. Their production started in 2016 with the first premieres expected for August 2017.

One of the films that were already shot in 2016 is the adventure film for kids Grandad, More Dangerous than a Computer / Vectēvs, kas bīstamāks par datoru, directed by Varis Brasla and produced by film studio “F.O.R.M.A”, with the premiere currently set for August 2017.

Another centennial film already shot in 2016 is Paradise 89 / Paradīze 89, directed by first-time feature director Madara Dišlere and produced by Tasse Film. Paradise 89 is set during the events of Baltic Way, a high point in the Baltic independence movement in late 80s - early 90s.

Another centennial film is the biopic Bille based on the autobiography of Latvian writer Vizma Belševica. The film is directed by Ināra Kolmane and produced by Film Studio Deviņi.

Small cinema initiatives focusing on the distribution of independent and art house films such as Kino Bize and Kino Spektrs, which emerged in 2014 and 2015, continued their activity.

Internet platform Filmas, the biggest Latvian film database launched in 2015, continued expanding in 2016 providing a catalogue of 2,650 films going back to the 1920s. Approximately 120 films are free of charge but for the time being only on Latvian devices, due to distribution rights.

The project is sustained by the National Film Centre of Latvia in cooperation with the Riga Film Museum and the Culture Information Systems Centre.

Latvia had 25 cinemas in 2016 (including four multiplexes) with 62 screens and 60 digital screens throughout the country.

Domestic films with best results in cinemas in 2016 were feature fiction films. The fourth most watched film in 2016 was the historical drama The Chronicles of Melanie / Melānijas Hronika, with 73,600 admissions and gross of 241,250 EUR since its release in November and through December 2016. This film about Soviet deportations in 1941 was directed by Viesturs Kairišs and coproduced between Latvia’s Mistrus Media and Finland’s Inland.

Another domestic film in box office top ten is the comedy Swingers / Svingeri, directed by Andrejs Ekis and coproduced between Platforma Film and Cinevilla Studios. The project was supported by an unprecedented investment from Forum Cinemas. The film starring famous Latvian actors and musicians had a very successful theatrical run, earning a quarter of its budget of 250,000 EUR in the opening weekend. At the end of 2016, after three weeks of theatrical run, the film had 49,640 admissions and 262,825 EUR gross.

Several domestic films were released in 2016. One of them is Renārs Vimba’s debut feature Mellow Mud / Es Esmu Šeit, produced by Tasse Films, which won the Crystal Bear award for best film in the Generation 14Plus sidebar of Berlin International Film Festival.

Long documentary Under the Sun / Saules staros by Vitaly Mansky, which was filmed in North Korea, was also released in 2016. This coproduction between five countries including Latvia gained wide international media attention. Mansky won the prize for best director at the Talinn Black Nights Film Festival.

The National Film Centre is the main film institution in Latvia. It serves as the primary source of funding for local films. The grants contest is held annually, although separate tenders regarding different stages of project development are announced throughout the year.

In 2016 the State Culture Capital Foundation provided funding for cultural projects including 855,854 EUR for film production and cinema-related events (such as film festivals). The State Culture Capital Foundation’s funding for film projects, mobility programs, non-governmental organisations and regional projects will decrease to 632,454 EUR in 2017.

In 2016 the Riga Film Fund, which offers a cash rebate of up to 20% of all eligible production costs incurred by a qualifying local agent for feature, TV and documentary productions, approved four co-financing agreements for a total amount up to 574,000 EUR.

The fund also offers a rebate of up to 10% for films shooting outside Riga, but using services of Riga-based companies. Among the projects that received co-financing agreements were two coproductions handled by Latvia’s Tasse Film – feature fiction film Virus directed by Angelos Frantzis and made in cooperation with the Heretic (Greece), and The Sonata, directed by Andrew Desmond and made in cooperation with The Project Film Club (France), both of them receiving a co-financing rate of 10%.

A co-financing rate of 20% was granted to Sergei Loznitza’s A Gentle Creature coproduced by Latvia’s Film Angels Studio and France’s Slot Machine. The film was shot in and around the second biggest Latvian city, Daugavpils.

The largest rebate was granted to the project Amre by Jeff Vespa, which is a coproduction between Latvia’s Forma Pro Films and Kazakhstan’s Moviq. The rebate will be 242,202 EUR, representing 20% of the costs in Latvia.

Latvia has a range of diverse filmmaking locations, including medieval architecture, Art Nouveau architecture and 19th century wooden architecture, therefore urban as well as natural locations in Latvia are able to double for many European places. Latvia is home to The Cinevilla Film Studio, that is located 50km from national capital Riga and provides opportunities for shooting as well as its own hotel.

The Latvian Film Producers Association with its approximately 30 members represents the most important film production companies in Latvia. The Latvian Filmmakers Union, which was established in 1962, also represents local filmmakers. An important role in the region is played by the Films Service Producers Association, whose members include among others the Latvian Film Angels Studio, Baltic Pines film studio and Ego Media. These studios have vast experience in handling foreign productions shooting in Latvia.

The leading broadcaster in Latvia is the commercial channel TV3 owned by Modern Times Group, which also purchased the LNT channel in early 2012 as a part of the Swedish media company’s expansion across the Baltic region and further into the Central Eastern Europe. MTG announced in 2013 that it would shift its two commercial channels in Latvia, LNT and TV3, to paid-for service type, using the funds to increase its original programming.

Public broadcaster LTV is funded by the state and through advertising revenues. The Latvian Television organises an annual film project The Code of Latvia / Latvijas kods focusing on stories about contemporary life in Latvia. The project is implemented in cooperation and with the support of the National Film Centre of Latvia and the Culture Capital Foundation. New episodes are presented every year in November as a part of Latvian Independence Day celebrations.

LTV is also a TV film producer. The most important films that premiered in 2016 are biopics. Hermanis, made by journalist Mārīte Balode and director Andis Mizišs, focuses on the controversial theatre and opera director Alvis Hermanis; journalist Reinis Ošinieks’ documentary Porzingis. From Liepaja to New York / Porziņģis. No Liepājas līdz Ņujorkai follows the famous Latvian basketball player’s way to the NBA league. Director Linde Olte made Gutenmorgen and Vienciems / Gūtenmorgens un Vienciems, a centennial film which explores villages in Latvia with the help of Latvian actors and writers.

RIGA FILM FUND
Phone: +371 6703 7659
This email address is being protected from spambots. You need JavaScript enabled to view it.
www.filmriga.lv

CULTURE CAPITAL FOUNDATION
Phone: +371 6750 3177
This email address is being protected from spambots. You need JavaScript enabled to view it.
www.kkf.lv

LATVIAN FILM PRODUCERS ASSOCIATION
President: Aija Berzina
This email address is being protected from spambots. You need JavaScript enabled to view it.
Mobile: +371 26466014