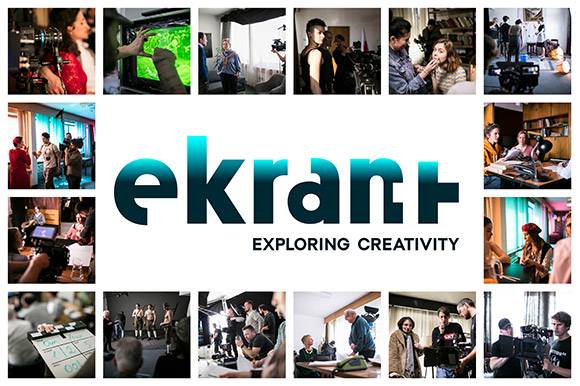 WARSAW: EKRAN+, organised by Wajda Studio, is accepting applications for its training programme focusing on the creative pre-production process based on shooting practice. Deadline for applications is 1 December 2019. Participation in this programme is free.

EKRAN+, supported by the Creative Europe MEDIA EU Programme, is a common project of Wajda Studio and Wajda School, FOCAL (Switzerland), Austrian Film Institute, Croatian Audiovisual Centre, Lithuanian Film Centre, with support of the Polish Film Institute. EKRAN+ is a 22-day project based professional training programme, primarily designed for directors/writer-directors, focusing on the vision of their future film. This vision is elaborated through the combination of three major elements: the script, the audiovisual components and the collaboration with the other professionals involved in the shooting of the film.

EKRAN+ focuses participants on exploring, identifying and refining the tone and visual language of film. EKRAN+ aims at advancing participants’ treatments/scripts and producing two scenes from each script/treatment. Every participating project is represented by a Creative Team consisting of a director (or writer/director), a writer (or co-writer), a director of photography and producer.

At the end of the EKRAN+ programme each team will have a well-developed treatment or a first draft of a script and two scenes, presenting the tone, genre and visual language of the project. Those scenes (the second scene especially, with its specifically cast actors, selected location, props and style of photography) can be treated by the participants and their producers as a Demo/Pilot visual material to accompany the script as a part of the Production Package, and to be used in search for financing of the film. They can also be treated as test material or a visual treatment and not to be shown to decision makers. The final decision how to approach the EKRAN+ scheme depends on the participants.

The team of tutors involves experienced film professionals from all over Europe including: Wojciech Marczewski Head of EKRAN Programme, Paweł Pawlikowski, Krzysztof Zanussi (Poland), Ildiko Enyedi (Hungary), Antoine Jaccoud (Switzerland), Udayan Prasad, Marilyn Milgrom, Margaret Glover (England), Denijal Hasanovic (Bosnia) and Roshank Behesht Nedjad, Volker Schloendorff (Germany).
EKRAN+ is based on teamwork and involves professionals from several fields. The primary target group consists of European directors or writer/directors who have realised their first feature or several shorts. In order to be accepted by EKRAN+, the creative team should consist of: director or writer/director; the writer or co-writer of the script (where applicable), the producer committed to the project, the director of photography they intend to work with.

All applicants are asked to fill in the ONLINE REGISTRATION FORM at www.ekranplus.eu.