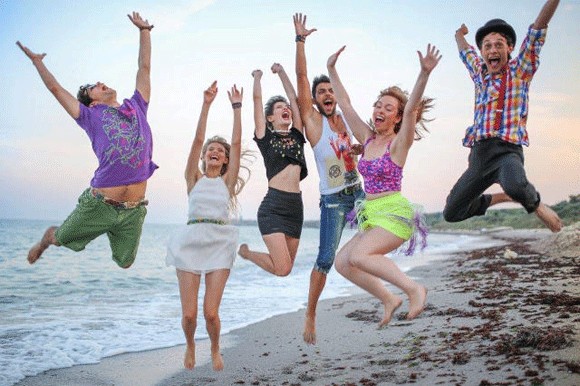 After a gap in funding, production resumed in 2014, but the crisis was visible in the slow pace of foreign film productions shooting in Romania. New multiplexes opened and new distributors appeared, but the box office and the number of releases slightly fell after the soaring increases of the last few years.

There were 25 features produced in Romania in 2013 of which 18 received the support of the CNC. There were 16 film which were 100 percent nationally financed and nine international coproductions. 19 features were produced in 2012, 14 with the support of the CNC, nine fully nationally-financed films and 10 international coproductions.

Five long documentaries were produced in Romania in 2013, all of them supported by the CNC, one international coproduction and four 100% nationally-financed.

In 2013 production slowed down. “It is worse than ever. Since there was no grant session from summer 2011 till December 2012 (with the results announced in April 2013), production was blocked in 2013. I didn’t produce anything this year except for an independent documentary,” Ada Solomon, producer of the 2013 Berlinale winner Child’s Pose, told FNE in 2013.

The independent sector continued to grow slowly. Rejected at the CNC, Adrian Sitaru shot his feature It’s Time/La timp (4Proof Film) independently in late autumn 2014. Iulia Rugină’s independent debut feature Love Building (ActorieDeFilm.ro) set a surprising opening record for an independent film in September 2013 with 12,200 admissions. In winter 2013/2014, Rugină received support from the CNC and shot the sequel Another Love Building, which was set for release in December 2014.

The number of foreign productions shot in Romania has been on the decline in 2014. At least eight foreign productions were shot in Romania in 2014 including the miniseries Vlad The Impaler: Blood Empire with Castel Film providing facilities, Jasmin Dizdar’s independent American production Chosen at the MediaPro Studios and a Bollywood project produced by Indian cult producer and director J. P. Dutta and directed by Binoy Gandhi with Family Film providing services.

Day-and-date release is in the early stages in Romania. Films still follow the sequence of theatrical-dvd-internet release. Some internet platforms show domestic films after their theatrical release in cinemas, such as www.voyo.ro, which is part of MediaPro offering films and TV programmes for subscribers and also on a pay-per-view system, and Worldwide Television providing video-on-demand. Another platform, http://www.webkino.ro/, was launched with Bogdan George Apetri’s domestic debut feature Periferic in 2011. The film was shown online simultaneously for audiences living in cities with no cinemas, but not all the local films that opened since have appeared on webkino’s portfolio.

International sales reached a high point in 2013 with Călin Peter Netzer’s Child’s Pose/Poziţiacopilului produced by Parada Film and winner of the Golden Bear at the Berlinale, but no domestic film competed with it in 2014. The Japanese Dog/Câinele japonez, the Romanian contender at the Oscar for Foreign Language film, opened domestically in October 2013 and was sold by m-appeal to Turkey and Macedonia, and was invited to more than 30 festivals in 2014.

There were 281 screens in 2014, an increase compared to the 264 screens in 2013, 163 of which were digital, with most of them were operated by Cinema City. RADEF RomaniaFilm, which inherited the former pre-1990 state cinema network, operated 30 screens in 21 towns at the end of 2013 but has digitalised only four of its screens.

Other multiplexes built after 1990 were digitalised from the very beginning such as Light Cinema which opened in 2008, or were digitalised gradually such as Movieplex Bucureşti whose last two screens were digitalised in mid-2013. Digitalisation is supported by the operator, the reason why RADEF RomaniaFilm has not been able to digitalise more screens.

Print distribution in 35mm is fastcoming to an end. In June 2013 Andrea Comănici, the manager of InterComFilm, told FNE that she was planning to distribute prints for one more year, but she stopped a few months later. Independenţa Film stopped using prints in late 2012.

The most important film body is the National Film Center (CNC) operating under the umbrella of the Ministry of Culture. The CNC has to organise two grant sessions per year in order to allot production and development grants for film projects. The total incomes at the Film Fund grew from 8.8m EUR/ 39m RON in 2012 to 9.1m EUR/40m RON in 2013. All these funds are collected from other sources than the budgetary support.

Mihail Ioan Kogălniceanu was nominated acting director at the CNC in May 2013 replacing Eugen Şerbănescu. Anca Mitran (the head of the Film Archives) replaced him as acting director in autumn 2014.

The activity of the CNC was affected by the unstable political climate which led to the frequent change of the minister of Culture throughout the year. Three ministers of Culture came and went: Gigel Ştirbu, Hunor Kelemen and Csilla Hegedus, and even the prime-minister Victor Ponta was acting minister of Culture in autumn 2014.

The National Film Institute was founded in June 2013, restructuring the Ministry of Culture‘s budget by merging Romania’s National Film Archives, Studiul de Creaţie Cinematografică and Video Art Studio (the former Editura Video), the last two operating under the umbrella of the ministry. Laurenţiu Damian, the president of UCIN and the initiator of the National Film Institute, told FNE: “The institute would also take over the financing of CNC, and CNC would become a bank with a much smaller staff. Obviously, CNC doesn't want that.” The directive on how the organization would operate has been under public debate but no decision has been taken throughout 2014.

There is no tax incentives scheme yet.

In 2014 MediaPro Pictures produced the sixth season of the successful comedy series Las Fierbinţi and the second season of the series A Crazy Week/O săptămână nebună for Pro TV.

Shadows/Umbre, an eight-part, 45minute black comedy directed by Igor Cobileanski and Bogdan Mirică was shot from June to August 2014 at HBO Romania. The third original series produced by HBO Europe in Romania after In Treatment/In derivă and When Shall We Kiss/Rămâi cu mine, was scheduled to premiere at the end of 2014. HBO Romania also aired three original long documentaries, the awarded Toto and His Sisters/Toto şi surorile lui by Alexander Nanau, The Birdman/Omul-Pasăre by Alexandru Mavrodineanu and Mihai Grecea, and Trading Germans/Paşaport de Germania by Răzvan Georgescu.

The public television broadcaster TVR continued to be in critical condition in 2014 and had to pay to the IRS (ANAF) approximately 9m EUR yearly, according to Adrian Bucur, member of the Administration Council of TVR. TVR has debts primarily in Romania.

THE MINISTRY OF CULTURE AND NATIONAL HERITAGE
22, BulevardulUnirii, sector 3, Bucharest
Press office: +40 212 243 947
www.cultura.ro
This email address is being protected from spambots. You need JavaScript enabled to view it.