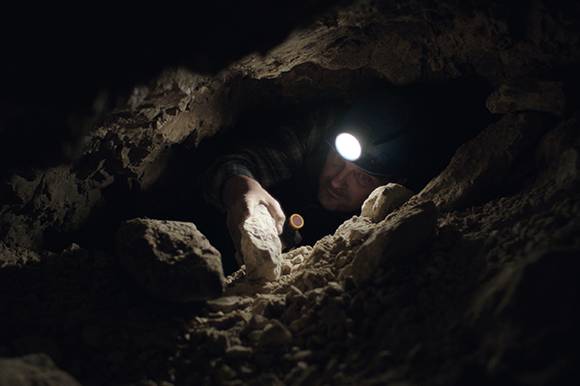 The Miner by Hanna Slak

LJUBLJANA: There were no major changes in 2017 in terms of general admissions in Slovenian cinemas, as well as film production and grants awarded by the Slovenian Film Centre. More Slovenian titles were released, but the audience’s interest in domestic films decreased by approximately five percent, which is still above the last five years’ average.

The new cash rebate scheme for foreign productions has shown its first results, while the new film law is still pending.

The introduction of a 25% cash rebate scheme in autumn of 2016, expected to increase the interest of foreign productions in Slovenia, has shown its first results. Three foreign projects which benefited from the scheme, getting a total support of 650,000 EUR, are filmed in Slovenia: the UK/German/Belgian trilogy Intrigo (serviced by Pakt Media d.o.o.), the Korean Black Knight (serviced by Nora Production) and the Irish Belly of the Whale (serviced by Slovenian branches of Nukleus film). All of them were shot in 2017.

Slovenia has also become popular with Indian filmmakers, as feature films Spyder / Sambhavami, directed by A. R. Murugadoss and starring well-known Indian actor Mahesh Babu, and Vivegam / Thala 57, directed by the Siruthai Siva and starring Ajith Kumar and Kajal Aggarwal, were partly shot in Slovenia in spring and summer of 2017, with Azaleja Global servicing for both of them.

Due to the fact that many projects from the previous year(s) were delayed, more domestic films were released in 2017. Slovenian producers usually produce around 10 feature films and documentaries per year, and are more and more focused on coproductions, especially with other ex-Yugoslavian producers. Foreign producers’ share in the investments in Slovenian majority projects has come close to a relatively high number of 30 percent.

The national television RTV Slovenija still plays a key role in the domestic production, making up to five feature and documentary films per year and acting as a regular coproducer.

In 2017 eighteen Slovenian films were completed, including 12 feature films and six documentaries. Most of them were screened at the annual showcase of Slovenian film, the Slovenian Film Festival in Portorož, and were already domestically released by the end of 2017. The rest of them will be released in 2018.

Špela Čadež won several international prizes, including the grand prix awards at the Netherland Animation Film Festival, at the Bucheon International Animation Festival and at the 27th Animafest Zagreb, for her short animated film Nighthawk / Nočna ptica produced by Fint. 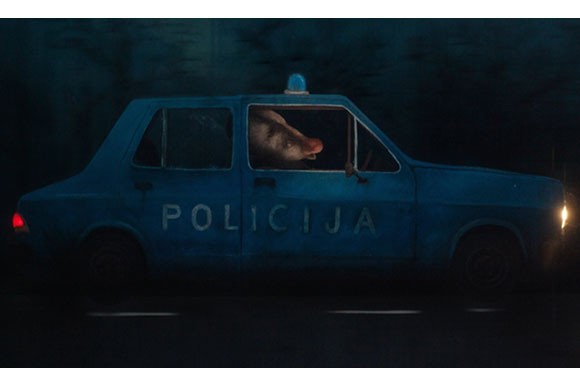 A total of 178 films were distributed in Slovenian cinemas in 2017, of which around 55% were US productions, 38% European and from other countries, while the domestic productions and coproductions represented approximately 7%.

In 2017 the leading distribution company was Karantanija Cinemas d.o.o., followed by Blitz Film & Video Distribution. Both distribute mostly commercial films from major Hollywood studios such as Warner Bros, 20th Century Fox, Universal and Paramount. The official representatives of two major US distribution companies are from Croatia: Walt Disney’s distribution in Slovenia is represented by 2i Film and Sony Columbia’s by Croatian Continental Film.

Slovenian cinema admissions are usually around 2 m per year. There are 50 operating cinemas with 114 screens, of which 95 are digitalised, according to official statistics from 2016.

One of the two multiplexes in Maribor, previously operated by Kolosej kinematografi, now operates under the name Maribox, and is owned by the company Projektor d.o.o. Other cinema theatres try to balance commercial and art house films.

In 2017 just one title crossed the line of 100,000 admissions (there were two in 2016), the animated feature Despicable Me 3, followed by Fifty Shades Darker, The Fate of the Furious, the domestic teen comedy Let Him Be a Basketball Player and the US animated feature The Boss Baby. The rest of the top ten includes: Pirates of the Caribbean: Dead Men Tell No Tales, Smurfs: The Lost Village , Star Wars: The Last Jedi, Baywatch and Ferdinand.

The 28th edition of the Ljubljana International Film Festival LIFFe, organised by Cankarjev dom, generated 43,000 admissions and screened 97 long and 17 short films from 43 countries from 8 to 19 November 2017.

The main film institution in Slovenia is the Slovenian Film Centre (SFC), a public agency established in 2011 and replacing the Slovenian Film Fund. Its goal is to encourage creativity by providing suitable conditions for audiovisual activities.

The SFC supports national film production, postproduction, distribution and film festivals. In theory, its funding sources should come from the state budget, the agency’s own income, collaboration with international organisations, donations and sponsorships. In practice, the majority of its funding is in the form of a subsidy from the Ministry of Culture, with the amount depending on the annual budget of the country.

Since its launch, the SFC has been involved in the production of 80% of domestic films with an average funding support of over 50% per project. The SFC provided 4.434 m EUR for film production in 2017 and approximately the same amount is secured for 2018.

The managing director of the SFC is Nataša Bučar, appointed in December 2016.

The new film law is still pending, however in September 2016 some changes to the legislation governing the funding of the SFC were made and a new 25% cash rebate scheme for foreign production was introduced.

In 2017 the Slovenian Film Centre announced 13 public tenders and awarded grants totalling 3,836,300 EUR (3.95 m EUR in 2016). The results of three of them (minority coproductions, development, investment stimulation for AV production) have not yet been announced at the beginning of 2018.

In 2017 the SFC also started the project Our Films At Home, aiming at promoting domestic films among the Slovenian audience.

Other sources of support originate from coproductions, services backed by the state and provided by FS Viba film studio in the form of technical assistance, international film funds and institutions.

In the last few years, according to the Law on the Slovenian Film Centre, the public broadcaster RTV Slovenia has been obliged to invest in independent projects.

In 2017, the leading commercial TV Pro plus with its five channels (POP TV, KANAL A, KINO, BRIO and OTO) kept its leading position with news, foreign programming, reality shows, local TV series and sporting events, followed by the national television RTV Slovenija with its three national channels, and the commercial television Planet TV.

In 2017 a few non-English language fiction programmes, like the German TV series Mountain Medic / The Bergdoktor and a Turkish TV series, also had a significant share.