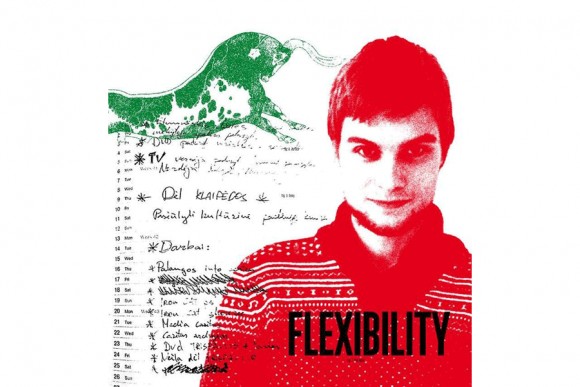 I tend not to have expectations. I believe expecting something can limit me, because then I put all my efforts into it and concentrate on that and sometimes miss all the good stuff that happens just around the corner. So, I will go there without any grand expectations or goals, this way it is easier, there is no pressure. The only thing I always hope to get from such events is meeting, first of all sincere, interesting and true personalities, and only then producers or filmmakers. Usually, I learn much more from people without titles.

I am bringing my newest Amazon jungle based detective documentary project Caritas Et Amor together with all my headaches, dreams and stubbornness. I think people should be prepared that I am going to talk a lot about my exciting new project. It does not mean that it is all I am offering to Emerging Producers. I would also like to believe that I am quite interesting, a bit smart, a bit fun, industrious, very reliable and an exceptional listener. So, I am bringing my personality with everything I have, alongside the project Caritas Et Amor.

In Lithuania we have a strong portrait documentary tradition with such renowned filmmakers as Audrius Stonys or Arūnas Matelis. However, because of the complexity of themes and the slow-paced, poetic narration, their films are only watched by a small group of cinema lovers in Lithuania. It seems that Lithuanian documentaries are better known abroad than locally. So I would say we do have a strong tradition of documentary filmmaking, however it’s not meant for a mass audience, resulting in it being completely commercially unsuccessful, resulting in small subsidies from the government and almost no interest from the private sector. At first sight it seems to be an unfriendly environment for documentary films but it also means that there is not much competition, especially if you have a good documentary idea.

So far the only way to get your documentary coproduced and financed in Lithuania is to make a film that thematically involves Lithuania or shoot a big part of it in Lithuania. Also it has to be done through a local producer who will apply to the Lithuanian Film Centre for subsidies. Private sector investments are, with rare exceptions, unheard of and our broadcasters do not tend to invest any funds. However, if you are not looking for financial support, Lithuania could become a good partner and coproducer. Our national broadcaster LRT has a great digitalised archive. We also have good filming facilities, equipment and film professionals who are always willing to invest their time in quality projects and ideas.

As long as there are good documentary films made in Europe and worldwide it means that the system works. I believe that there are many financing opportunities in working together with workshops or investors. The problem nowadays is that having a good idea, access and crew is not enough anymore, you need to make your project stand out from among thousands of other projects. So the competition is tough, which sometimes proves to work for the better, but also many great ideas are being rejected because the authors could not invest in a great presentation or pay for a really expensive workshop. Nowadays, a shiny presentation, big workshops and recommendations from industry professionals are the power that can bring your project to the point of funding. So today if you want your film to be funded, be prepared to work hard not only on the idea but also on its presentation and invest your time and money in international workshops and seminars.

I could not name one ideal and inspiration that influenced me. There were different people who inspired me and from whom I learned at different periods. Usually, I learned from people working on film sets, just seeing how they work, then adapting the knowledge to my own projects. The more I learn and find my own ways of doing things, the more people I meet from whom I draw inspiration.

Contact information:
Paulius Juočeris
This email address is being protected from spambots. You need JavaScript enabled to view it.
Phone: +37061887174