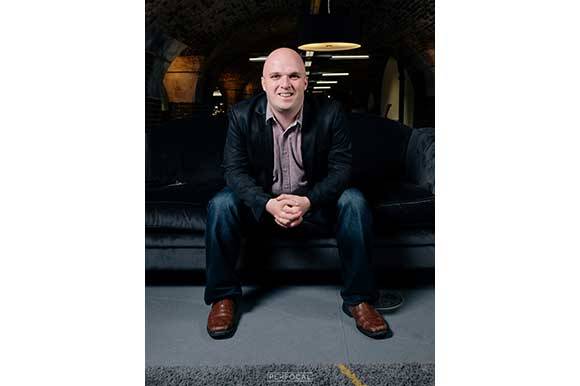 Metadata is a word you’ve probably heard mentioned, however it’s rarely understood, with even seasoned filmmakers often asking what is metadata? In its most basic form, metadata literally means a set of data that gives information about other data. When we usually refer to metadata with regard to film, we are referring to all the textual information that accompanies that film, helps search engines to better understand the film and users to find it through searches on the Internet.

Typical metadata includes keywords, tags, titles, descriptions, annotations and captions, which assist search engines in serving video content as a relevant result when users type in specific words. It also enables video on demand (“VOD”) platforms to better prepare, curate and recommend films in their library. Yet there is a huge scope to leverage deeper metadata information on films in order to save time, save money and to provide better-tailored recommendations to suit the users’ tastes.

It is no surprise then that metadata is increasingly becoming important to the future of the European film industry as it can have a crucial impact in ensuring that European cinema will be able to compete globally in an increasingly crowded film content marketplace. This is one of the reasons why the European Union Creative Europe Prestigious Online Promotion call recently selected our company Fassoo UG for funding as they recognised that European films need to have better quality metadata if they are to be successful internationally. This article outlines the importance of metadata, the benefits of having better quality metadata for European films and what we are trying to do to help European films be more widely discovered.

Having better quality metadata is crucial for a variety of reasons, which can be broken into the following five broad categories:

Importance of Metadata to the VOD Industry

The emergence of VOD has offered a new medium for film discovery with the potential for the public to find and discover European films in a way not previously possible. Before, if a European film was not released in the cinema or had a DVD release it was difficult for the film to be found. The emergence of VOD platforms has given the opportunity for such films to be more widely distributed and consequently seen. However, this opportunity has also created the problem that users are bombarded with a wealth of content, so quality European films can be drowned out by films with bigger marketing or studio support. European films will fail if audiences do not know about them or cannot easily access and navigate to them no matter how good or award winning such films are. With a significant number of choices available, mastering film discovery becomes even more critical with smarter discovery interfaces and film recommendation algorithms needed to predict what users may like. These algorithms are driven by metadata suggestions and offer an opportunity for solutions such as Fassoo to not only create metadata of better quality and depth (e.g. by recognising semantic contexts), but to also assist with the technology marketing of content and user profiling in the future. It may also be possible to recognise semantic contents/contexts and to tag them, which can greatly expand monitisation and discovery.

The EU Creative Europe Programme has been at the forefront in dealing with some of the technological issues faced by the film industry through issuing various technology calls aimed at supporting the development of new innovative solutions. Perhaps the most well-known call is the Online Promotion call, which is issued yearly with a budget of approximately 10 million EUR. The Online Promotion call encourages innovative collaboration with a particular emphasis on encouraging film and technology companies to work together to create scalable technological solutions to the problems faced. The Online Promotion call is a particularly important call as it helps smaller, more agile companies to be more experimental in developing innovative technologies than they may have otherwise been able to afford to do as up to 60% of costs can be funded through the call. This creates disruptive innovation through encouraging rapid experimentation in the development of new technologies. These technologies are developed specifically to tackle many of the unique problems that the EU recognises in ensuring the spread of multi-language, and often experimental European films, to wider audiences. It is likely that investments and support of new technologies are going to be of central importance in the new 2021-2027 programme currently being finalised by Creative Europe as it recognises the importance of these new technologies in enabling European films to be more widely distributed and discovered.

Development of our Fassoo Metadata Solution

Fassoo UG (Fassoo), which is a Berlin based company, is one such example of a successful application to the Creative Europe Online Promotion call. The shareholders of Fassoo, UK based FilmDoo Ltd and German based PAMA Technologies GmbH, jointly applied for funding in the Online Promotion call of 2017. Our initial project, entitled the Multi-Language / Multi-Modal Automated Film Tagging Service Project, was awarded a 60,000 EUR grant to enable us to develop a proof-of-concept for the development of an A.I. and Machine Learning powered algorithms, platform and API needed to enable filmmakers, production companies, VOD platforms and broadcasters to upload film files to an automated platform. The content metadata could then be automatically tagged and indexed, thereby saving time, money and improving the quality of the metadata produced. In doing so it was also hoped that this would lead to the creation of an automated multi-language video tagging platform and online information repository for European film productions, which would help to stimulate the discovery, marketing, promotion and distribution of such content.

Due to the limited resources of many independent filmmakers and production companies, Fassoo was envisaged to offer not only critical monetary and time savings, but to offer key stakeholders a standardised approach to increasing the visibility of their films, as enhanced film data and metatags can be used to improve both offline and online curation and programming. It was envisaged that sales agents, distributors as well as VOD platform providers would be able to access the Fassoo software to discover relevant film-specific information critical to the promotion and marketing of European films outside of their natural physical and language borders, both within the European Union as well as abroad.

We believe that the creation of Fassoo is a great example of an experienced film technology company (FilmDoo) working with a highly specialised leading non-film company (PAMA Technologies) to jointly innovate and to create technology that will benefit the film and wider media industry. These solutions play a vital role in ensuring that European films are not left behind in the rapidly evolving film distribution marketplace and potentially provide an opportunity for European films to ‘leap-frog’ ahead of other international content if developed properly.

We are now rapidly scaling our Fassoo software and are looking to more widely commercialise it so that it can truly help European films to be more widely discovered and seen. In doing so, technology solutions such as Fassoo will help European films to overcome many of the unique challenges that they face and level the playing field in an increasingly competitive film content marketplace. Therefore, we welcome enquiries from companies interested in using our software or in potentially integrating it into their own technology solutions.

About the Author: William Page CEO FASSOO is an entrepreneur with a diverse background in film, media, technology, innovation and legal. He is the co-founder of FilmDoo, which is a diversified media company utilising disruptive technology to deliver the best in entertainment, cultural and language learning content. He's recently co-led efforts in establishing Fassoo, which is a Berlin based company focused on helping content owners to create and automate their entire metadata infrastructure through the utilisation of A.I. and machine learning technologies. Fassoo is the recipient of funding from the prestigious EU Creative Europe Online Promotion technology call. William is an adjunct lecturer at University Technology Sydney and at the University of Sydney teaching across various areas of entrepreneurship and innovation. He speaks regularly at conferences, events and film festivals, primarily on innovation and utilising disruptive technologies in media, on the topic of corporate governance and start-up legal issues, entrepreneurship, the film industry and on the distribution of content.