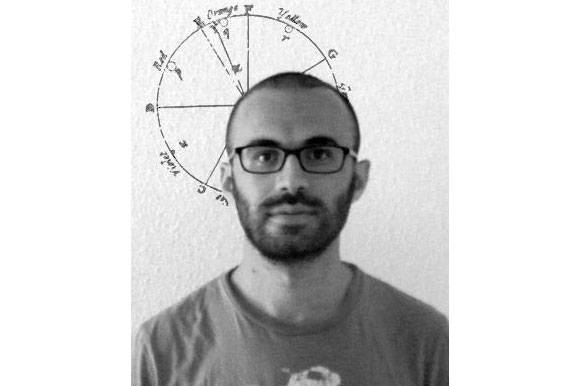 The movie industry has a problem.

Over 100 years after its inception, the global film industry still does not understand its audience.

Despite having put a person on the moon 50 years ago, and build complex 3D prototypes of models which can be tested entirely on a computer, the movie industry still relies on movie producers and companies to greenlight projects that they have very little real idea will succeed or fail.

With a few small exceptions, this process has changed very little since the days of the first short movies.

Hollywood more than any other part of the global industry desperately needs a solution. Its rapidly increasing production budgets and the big six studio’s need to report ever increasing profits has led to the industry boxing itself in.

Increasingly, Hollywood is churning out more and more remakes and sequels to expensive superhero flicks that rely on action sequences rather than plot development to please audiences.

Clearly, Hollywood execs now feel more pressure than ever to deliver the goods, and without the nessacery data to see how a film will perform at the box office, simply have resigned themselves to greenlighting the safest possible projects.

It is likely that David O. Selznick is spinning in his grave.

It is arguable that technology not only founded the movie industry but has kept it alive. While CGI helped spark a revolution in profitable Hollywood action movies, the trickle down of technology also reached the very lowest production productions.

Over the years, this technology allowed even the lowest budget films to dramatically increase their movie’s overall production quality.

To solve the fundamental problem behind the movie industries inability to understand and  predict potential audience size for its movies, we at Largo have spent the last several years developing a sophisticated new AI solution that we called LargoAI.

LargoAI is a big data analytic software solution that relies on powerful predictive algorithms that allow the system to break entire films down into what we term their “ingredients”.

This allows industry players to utilize Largo’s cutting-edge proprietary tool to optimize every single phase of their production from script development to post-production and marketing.

Subsequently, Largo’s data driven moviemaking has the power to massively enhance the ROI for

Key to our approach is our belief in making data-driven movie-making accessible to all levels of the finl industry, from the smallest productions to massive Hollywood blockbusters.

By doing so, we believe that we can help spark a revolution in all segments of the movie industry that will lead to better quality movies while will help revive dwindling movie theatre numbers and so make the industry healthier for a long time into the future.

LargoAI is a high level film understanding technology. Largo has developed data-driven intelligence, which can be introduced very early in the film production cycle.

In fact, LargoAI can be implemented at the script phase in order to identify the strengths and weaknesses as well as determining a particular scripts box office potential.

Since LargoAI can be used at any state of the production, right up to the final cut, it empowers filmmakers and production companies to make changes that will help boost the return on investment for their movies.

LargoAI has analyzed 20.000 full length films to identify each’s unique recipe. Using this enormous dataset, our sophisticated program is able to link the parallelism of revenue with film recipes.

For a large scale movie production, we would expect to work alongside the production for the duration of its 6 to 7 month duration.  For smaller productions, naturally this timeframe would be much shorter.

The time factor as well as cost is also largely dependent on the level of involvement a production might require. While some that only require a gross prediction will be relatively inexpensive and straightforward collaborations, those that require full involvement will naturally cost more and take more time.

LargoAI: The Recipe To Move Success

Based on the results of all the films that we have analyzed over the last 3 years, LargoAI has been able to greenlight projects with an 82% degree of accuracy.

Likewise, LargoAI has successfully been able to predict expected movie gross with an 86% degree of accuracy. One example was the Hollywood blockbuster movie Venom.

For a pitch to Sony Entertainment, LargoAI predicted a movie gross of $201 million for Venom. They were amazed after the movie went on to gross a total of $213 million.

The wonderful thing about LargoAI is that it is only going to get more and more accurate.

As we continue to put the software to work analyzing ever increasing numbers of movies, the artificial intelligence will learn more about what makes a movie successful. Subsequently, we will be able to provide increase accurate predictions on suggested changes and predicted gross.

LargoAI is already hard at work.

Everyday, our cutting-edge system is empowering filmmakers and production companies everywhere to better understand their target audience and make their movies a success.

We hope that by doing this, we will allow movie producers to increase the diversity of the movies that get made while also ensuring that they are profitable.

From this, we envisage a movie industry that is able to achieve a better mix between art and profitability, something which will enrich us and the world we live in ever more.

Largo AI participated in the recent edition of Cannes NEXT at the Marché du Film that showcases new ideas, new technologies, new business models in the audiovisual sector.

About the Author: Sami Arpa finished his PhD at EPFL in computer graphics and vision field in 2018. He is the director of two short films, "Les bruits de pas" and "L'evasion". He is also the founder and director of Ouchy Film Awards, which is an international film festival running in Lausanne. Before Largo, he created another start-up on 3D film-making. He is the CEO and founder of Largo.