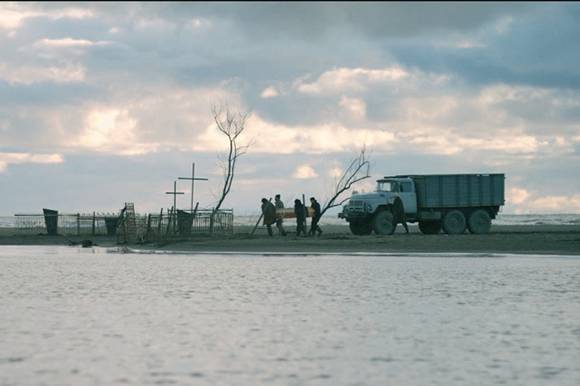 SARAJEVO: Georgian writer/director Tinatin Kajrishvili will be presenting her next project Horizon at CineLink Work-in-Progress, set to take place from 14 to 16 August 2017 in the framework of Sarajevo Film Festival’s CineLink Industry Days.

The film tells the story of Giorgi and Ana, once a loving couple, who are trying to go on with their lives after their separation. Giorgi is unable to bare the pain and decides to isolate himself from the rest of the world by moving away, near the sea, and settling in an abandoned place. Ana is just waiting for everything to pass. The ending surprises them both.

The rights are available for the whole world and producers will be concentrating on finding the sales agent during the CineLink Work-in-Progress, as most of their estimated 500,000 EUR budget is already in place.

The project has been supported by the Georgian National Film Center and the Swedish Film Institute.

The shooting of Horizon took place between February and April 2017 and the film should be finished by January 2018.

Studio Artizm
www.artizm.studio
This email address is being protected from spambots. You need JavaScript enabled to view it.