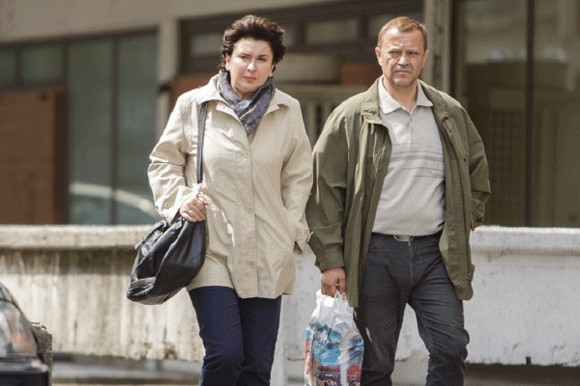 These are the Rules by Ognjen Sviličić

“To sum up, I would emphasize a few things: Ogden Svilicic's These Are the Rules (Maxima Film) awarded in Venice; two films with nice admissions in cinemas – Kristian Milić’s Number 55 (Croatian Television) and Daniel Kušan’s Love and Death (Kinorama); production support given to an impressive number of first-time directors and great results of the cash rebate scheme that keeps bringing foreign productions to Croatia.” Producer Ankica Juric Tilic named these as the highlights of the Croatian cinema in 2014. On the downside, the box office declined and the domestic hits didn’t match the results of the domestic hits in 2013.

The most successful Croatian production company in terms of international coproductions was MP Film Production which coproduced Ole Christian Madsen's Itsi Bitsi, with Croatia standing in for 17 countries. Itsi Bitsi premiered in 2014.

In 2014 Croatia expanded its coproductions to new territories. Hana Jusić's debut feature Quit Staring at My Plate/ Ne gledaj mi u pijat, a Croatian, Danish and French coproduction (Kinorama), set for shooting in late August 2015, is the first majority Croatian coproduction and the first feature by a Croatian director to receive funding from the Danish Film Institute.

“The total amount of money spent by foreign films in Croatia was approximately 11.4m EUR in 2014, with a refund of 2.2m EUR, but the exact figures will be known at the end of 2014,” Sunčica Pleština, the Filming in Croatia Programme Officer, told FNE. This is almost as much as in 2012 and 2013 combined, and it was mostly due to the HBO series Game of Thrones whose seasons 2, 3, 4 and 5 were shot in Croatia (the 5th season was shot in 2014.). The third season of the TV series Borgia was partly shot in Croatia in January 2014.

The cash rebate scheme launched in January 2012 attracted six international features to Croatia in 2013 and eight in 2014, including Mitko Panov’s Wait for Me/Čekaj me, a Swiss/Croatian/Macedonian/Irish coproduction (MP Film Production), and the US mini-series Dig with Embassy Films providing services. Croatia’s entry into the EU in June 2013 also helped to boost international productions and coproductions.

Under the cash rebate scheme, projects can claim back 20% of their qualifying expenditure, which is based on the cost of the Croatian cast and crew working in Croatia, as well as goods and services purchased in Croatia, with a cap of around 2.6m EUR per project. The programme has been so successful in increasing the number of international film productions shooting in Croatia that changes to the incentives scheme in 2015 to accommodate more films are already being considered.

"We are working on a proposal for the next year which would be a new model of financing, not through the annual cap per calendar year (such was the case thus far), which is 20m HRK per year, but closer to the logic; as many applications, as much financing, but with an overall cap. However, the amount of that cap is yet to be negotiated with the government," Sunčica Pleština told FNE.

In 2014 there were 169 films released through the 48th week and seven of them were domestic releases, representatives of Continental Film told FNE.

Day-and-date is not yet in use in Croatia. “There's a four month theatrical window in Croatia and we're usually sticking to it, with few exceptions. So first theatrical, and after that VOD/DVD distribution,” Denis Boric, Head of Acquisitions at Continental Film told FNE in 2013.

There are very few films distributed in print because the digitalisation process has been so rapid. Most of the distributors have already stopped distributing in print.

The Croatian Ministry of Culture and city governments have invested 1,655,210 EUR into the digitalisation of 28 cinemas and six film festivals in 18 counties and 27 towns through September 2013. Independent cinema digitalisation is part of the National Programme of Audiovisual Activities 2010-2014 and a strategic project launched by the Croatian Audiovisual Centre and the Ministry of Culture with support from local governments.

A new network for independent exhibitors was set under the auspices of the HAVC in autumn 2014. The decision was made during the first congress of the Croatian Independent cinema exhibitors KIN-KONG, held during the Avvantura Film Festival .

After years of stagnation the national market share increased significantly in 2012 and the first part of 2013 with a series of domestic box-office hits including Koko and the Ghosts, Sonja and the Bull, The Priest’s Children and Mysterious Boy.

The most important film institution is the Croatian Audiovisual Centre (HAVC), founded in January 2008. HAVC operated with an annual budget of 7.5m EUR in 2012 and had an annual support for film production of 7,54m EUR in 2013.The Board of HVAC reappointed Hrvoje Hribar as Chief Executive for a second four-year term beginning of December 2014.

Irena Škorić took over the Croatian Film Directors’ Guild at the end of October 2014.

As stipulated in the Croatian Film Act of 2007, Croatian broadcasters (public and commercial) have to contribute to the funding of the Croatian Audiovisual Centre’s activities in the audiovisual sector. The percentages of their mandatory contributions are fixed by law. Croatia’s public broadcaster, Croatian Television, plays a key role in dissemination of Croatian fiction and documentary films on its two terrestrial and two digital channels and invests into independent productions in line with a minimum of 15% statutory quota for the independents.

TV channels are also producing their own films and series. For example, Number 55/Broj 55 by Kristian Milić was produced by Telefilm for the Croatian Television in 2013. HRT also produced Dalibor Matanić's latest film Majstori.