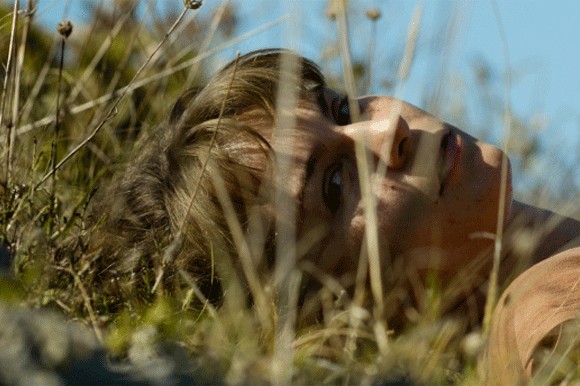 It was a good year for Croatian cinema with domestic films like The High Sun by Dalibor Matanić and the short film Belladona by Dubravka Turić awarded at many festivals. International productions spent double the amount of 2014 shooting in Croatia. The Croatian Independent Cinema Network launched in 2015 aims at helping independent cinemas. Admissions and box office were on the rise.

Most of the feature films shot in Croatia in 2015 are supported by the Croatian Audiovisual Centre. Among them are Rajko Grlić’s The Croatian Constitution (Interfilm), Zrinko Ogresta’s On the Other Side (Interfilm) and Katarina Zrinka Matijević Veličan’s debut feature Trampoline (Interfilm).

Quit Staring at My Plate, the debut feature of Hana Jušić, a Croatian, Danish and French coproduction between Kinorama, Beofilm and Les Contes Modernes, was also shot in 2015 as the first majority Croatian coproduction and the first feature by a Croatian director to receive funding from the Danish Film Institute.

The list of Croatian minority coproductions includes Nicole van Kilsdonk’s children film When My Father Became a Bush produced by the Dutch company Lemming Film in coproduction with Croatia’s Nukleus Film and Minds Meet from Belgium.

Croatian director Damian Nenadic shot Days of Madness, a documentary about patients suffering from mental disorders and the state of medical care in Croatia, in 2015. The main producer of this Croatian/Slovenian coproduction is Restart in Croatia, with Petra Pan FIlm Production as the Slovenian coproducer.

The tax incentives scheme for film/TV production has enabled the filming of ten projects in Croatia in 2015. They spent an estimated 22.2 m EUR / 170 m HRK on Croatian products and services, double the amount from the previous year and more than the total income of the previous three years together, since the programme was first initiated.

Under the cash rebate scheme, projects can claim back 20% of their qualifying expenditure, which is based on the cost of the Croatian cast and crew working in Croatia, as well as goods and services purchased in Croatia, with a cap of around 2.6m EUR per project.

Steven Quale’s action thriller The Lake, produced by Luc Besson through EuropaCorp was the most ambitious international production filming in Croatia in 2015. The project spent approximately 7 m EUR / over 50 m HRK in Croatia, and will get back approximately 1.3 m EUR / 10 m HRK. Pakt Media was providing services.

After shooting season 5 of Game of Thrones in new locations in Dalmatia in 2014, using again Embassy Films as local partner, HBO issued a statement confirming that the 6th season will not return to Croatia.

Robert Berberih, the CEO of Continental Film, one of Croatia’s largest distributors said that VOD is not as strong in Croatia as it should be: “VOD still does not have a big share in our business; it did not continue the tradition that was set by video rentals. It has a solid income, but nothing too drastic. Maybe one of the reasons for it liess in the fact that only one provider has invested in VOD promotion so far.”.

The Croatian Independent Cinema Network, comprising 35 cinemas, was founded under the auspices of HAVC in September 2014 and received a green light in February 2015. “Our main goal is programming cooperation and travelling programmes, education of cinema managers and cinema staff, lobbying for independent cinemas and independent cinematography in Croatia and, of course, audience development, which all of us need a lot”, Hrvoje Laurenta, president of Croatian Independent Cinema Network told FNE.

The network is expected to boost independent film distribution all the more since 20% of the total number of cinema admissions in 2014 were in independent cinemas.

Dalibor Matanić’s The High Sun was released by 2i Film in Croatia on 24 September 2015 with admissions of 12,019 and 43,187 EUR / 329,691HRK gross after its first weekend. The film is the third most successful Croatian opening since the restoration of the country’s independence, and topped the domestic chart with 42,815 admissions through November 2015.

The High Sun was produced by Kinorama in coproduction with Slovenia's Gustav film and in association with SEE Film Pro from Serbia. It represents Croatia in the Foreign Language category of the Academy Awards 2016.

According to Continental Film, the top domestic films through November 2015 are: The High Sun / Zvizdan by Dalibor Matanić with 42,815 admissions, You Carry Me / Ti mene nosiš (4Film) by Ivona Juka with 8,050 admissions, These Are the Rules /Takva su pravila (Maxima Film) by Ognen Sviličić with 3,504 admissions, Zagreb Cappuccino (Maxima Film ) by Vanja Sviličić with 1,242 admissions, minority coproduction No One’s Child / Ničije dijete (Baboon Production, Kinorama ) by Vuk Ršumović with 736 admissions, The Reaper / Kosac (Kinorama, Forum Ljubljana) by Zvonimir Jurić with 512 admissions and the Bridge at the End of the World / Most na kraju svijeta (Artizana Film) by Branko Ištvančić with 352 admissions.

A total of 2,336,291 EUR / 17,800,000 HRK was allotted for production of three feature films and two debut feature films in October 2015, including the zombie horror comedy Last Serbs in Croatia by Predrag Ličina produced by Kinorama, and Tereza33 by Danilo Šerbedžija, produced by Focus Media d.o.o. A total of 282,962EUR /2,155,870, HRK went to four minority coproductions: Vojvoda by Zornitsa Sophia, Ivan by Janez Burger, Izbrisana by Miha Mazzini and Dušan Joksimović, and Why Dragan Gathered His Band /Zašto je Dragan napravio orkestar by Nikola Spasić.

The most important film institution is the Croatian Audiovisual Centre (HAVC), founded in January 2008. HAVC operated with an annual budget of 7.5m EUR in 2012 and had an annual support for film production of 7,54m EUR in 2013 and of 7.22m EUR in 2014.The Board of HAVC reappointed Hrvoje Hribar as Chief Executive for a second four-year term beginning in December 2014.

Danilo Serbedzija has become the new president of the Croatian Film Directors' Guild in February 2015.

The Istria Film Commission was launched in July 2015. “We developed the idea of a film fund, but the implementation will depend on the financial capacities of our region, and also on the involvement of tourist boards,” said Aleksandra Vinkerlic, the head of the Istrian Cultural Agency.

As stipulated by the 2007 Croatian Film Act, Croatian public broadcaster, the Croatian Radiotelevision (HRT), as well as all other Croatian broadcasters with a national concession (Nova TV, RTL) are obliged to contribute towards the funding of the HAVC in the form of a mandatory contribution.

As a public broadcaster, the Croatian Radiotelevision plays an important role in the promotion of national cinema through its two terrestrial and two digital channels and is legally obliged to invest a minimum of 15% of its programming budget in works by independent producers.

TV channels also produce their own films and series. Dalibor Matanić (The High Sun) started shooting a 12-episode TV series entitled Newspapers / Novine on 1 December 2015, produced by Drugi Plan for Croatian Television and with the premiere set for March 2016.

The documentary TV series Slumbering Concrete/ Betonski spavači by Saša Ban about the modernist architecture of former Yugoslavia was also shot in 2015 with the premiere set for 2016. The series is produced by Hulahop for Croatian Television.

Croatian dramatic TV series Rest in Peace has been acquired by the Belgian Flemish Radio and Television (VRT). This is the first series developed by HAVC to be broadcast in Western Europe. The series created and produced and by Dario Vince through Ring Multimedia, was also the first Croatian series to be sold to the US at the beginning of 2014 when Lionsgate bought remake rights. The series was financed by the Croatian public television HRT.