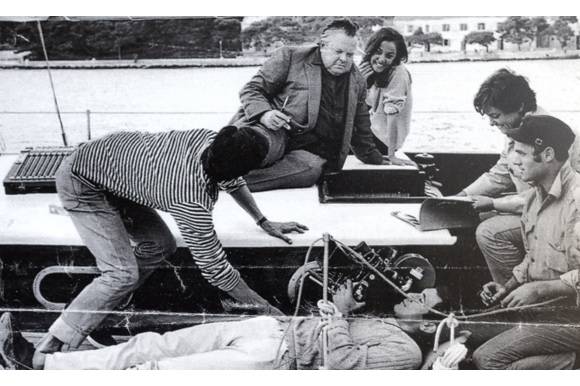 on set of The Deep photo source: HAVC

HVAR: The book Orson Welles in Hvar by Duško Kovačić and Daniel Rafaelić was launched during the celebrations of the 150th anniversary of organised tourism on Hvar.

The book includes photos from the 2017 photo exhibition marking the 100th anniversary of Welles’ birth and evoking his stay in Hvar in 1967, when he shot the thriller The Deep aka Dead Reckoning.

Welles shot The Trial in Zagreb in 1962. He then met actress Oja Kodar, who worked with him on several films, including The Deep. She also acted and was co-writer of The Other Side of the Wind, Welles’ unfinished film, that will premiere soon at the 75th Venice International Film Festival out of competition.