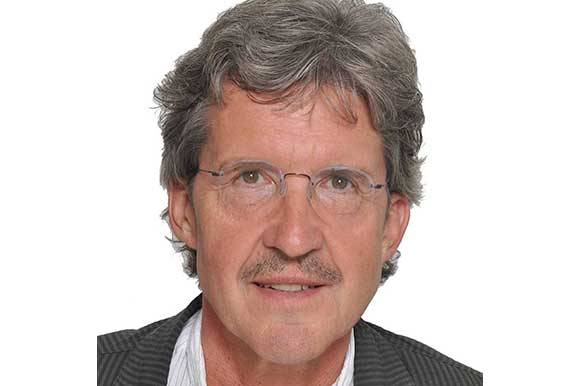 ZAGREB: Christopher Peter Marcich has been unanimously elected to a four year term as the new Chief Executive Officer of the Croatian Audiovisual Centre (HAVC), starting 1 May 2019. He is replacing Daniel Rafaelić, who stepped down in February 2019.

"My first priority will be to listen and assess. I will meet the team at HAVC and the Council and others who work with the HAVC. Thereafter I will decide what steps need to be taken to put us in a better position to achieve the agreed priorities, as defined in the National Programme and get on with the work”, Marcich told FNE.

Marcich was born in the USA to Croatian parents. He got a master’s degree in international affairs at the Georgetown University. He was Assistant US Trade Representative for Europe and Assistant US Trade Representative for the Environment from 1985 to 1995, President and Managing Director for Europe, Middle East and Asia at the Motion Picture Association from 1995 to 2015, and President of the Board of AGICOA - Association Audiovisual Producers and their Rights Management Orgs from 2011 to 2019.

Marcich was elected by the Board of the HAVC, composed of Bruno Kragić (president), Jadranka Hrga, Igor Starčević, Anto Bajo and Davor Švaić.

“The priority now is to effectively carry out the existing National Programme. But we need stronger, more coherent support for the whole branch in order to create conditions for greater success and, I am confident, a bright future”, said Marcich upon his appointment at the 9th assembly of the executive board on 15 April 2019.

The executive board expressed its belief that in near future the new director will regulate the relations with the HRT (the Croatian Radio Television) and will work on international placement and promotion.

In the long-term it is imperative to develop a new National Programme for Audiovisual Works in the coming mandate and to finalise the regulations detailing the deadlines, criteria and incentives, according to a press release from the HAVC.