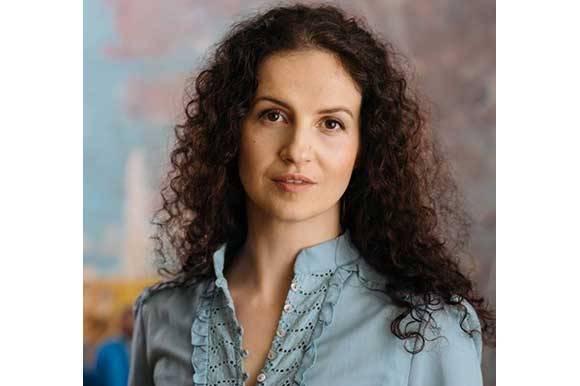 ZAGREB: FNE spoke with 2019 Producer on the Move Anita Juka representing Croatia. In 2015, she produced her sister Ivona Juka's debut feature You Carry Me, which was the first film from the Balkan region to be acquired by Netflix.

Anita Juka: I was working as a TV producer and a friend of mine invited me to a summer school for film production. As I always loved the film industry, I joined the workshop. The lecturer was an acclaimed Croatian producer, who at the end of the workshop asked me to join his new project. I started to work from the bottom of the chain, which was very useful for learning different jobs in the film business.

After this experience, I knew this was my life calling. So, immediately after my first feature film, I joined another production as associate producer. At one point I decided to found my own production company as I wanted to participate in the creative process of filmmaking. This gave me the creative freedom to choose the projects and to be involved from an early stage of development.

FNE: Is there a particular producer who is a role model in Croatia?

Anita Juka: There are plenty of great producers in Croatia. Branko Lustig made the biggest international career, he has won two Oscars (for Gladiator and Schindler's List) and he is definitely my role model.

FNE: How do you see yourself either advancing or changing the role of the producer within Croatia or beyond?

Anita Juka: I love to be involved from the early development stage and to participate in the creative process of storytelling. I went to several screenwriting workshops with writers and directors, and I enjoyed this creative process very much. I think that this part is very important for the producer, because it allows him/her to think about the strengths and the weaknesses of the project in the early stage.

In this way he/she will understand the project much better and will find solutions when problems show up. The producer shouldn’t be someone who just cuts the budgets.

FNE: What factors in Croatia are helping or hindering the process of producing films?

Anita Juka: There is just one fund for film financing in Croatia (as in most European countries), which is the Croatian Audiovisual Centre (HAVC). So, all my previous films were financed through different coproductions, private funding and sponsorships. Two previous features also won support from Eurimages.

It would help if  we had tax law policies in Croatia. I found many interested investors who are willing to invest in feature films, but there is no tax law for investing in domestic production.

Another bad thing is that sometimes we wait even six to eight months in order to get the decision from our film fund. If it’s a favorable decision then we start with the application at other film funds in different European countries with our coproducers, and then with the application at Eurimages. This all takes even 18 months. So, I am frustrated with the indolence of the system.

Anita Juka: Yes. It’s very international and totally different from anything that I've produced so far.