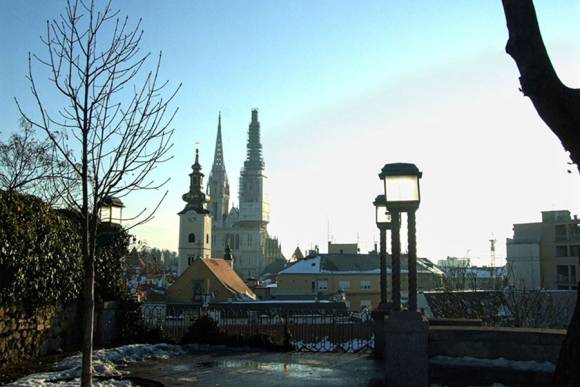 ZAGREB: The City of Zagreb has established the Zagreb Film Office to provide comprehensive services to film productions in the Croatian capital.

The Zagreb Film Office will closely cooperate with the Croatian Audiovisual Centre and their programme Filming in Croatia, to serve both local and international film crews: this will include suggesting possible filming locations, obtaining location permits, arranging contracts with the police, fire department and medical authorities, and recommending best accommodation, catering and other services for filmmakers.

“I am happy that the Zagreb Film Office will join the family of five such offices in Croatia. Through their joint efforts, together with cash rebates, unique locations and a pool of highly professional local film workers, Croatia will become an even more desirable filming location,” said Chris Marcich, who was recently appointed head of the Croatian Audiovisual Centre.

The Zagreb Film Office will be led by Mia Pećina Drašković, a producer and marketing professional who had previously organised the Libertas film festival in Dubrovnik and the Fantastic Film Festival in Zagreb, as well as media industry events such as the Weekend Media Festival and Days of Communications in Rovinj. She had also worked on TV productions in the USA, and shared two Sports Emmy Awards with the production team that worked on the documentary A Game of Honor.

“The first step for all productions will be registering through our web form. As of this month, it should be impossible to get location permits without registering with us. Our main purpose is to make their stay in Zagreb easier by navigating any potential bureaucratic obstacles and providing advice, but we’ll also work on promoting Zagreb as a city that offers excellent locations with very diverse architecture on a relatively small geographical space,” Mia Pećina Drašković told FNE.

The Zagreb Film Office will work under Zagreb Film, a city-funded institution known for its animation production, led by Vinko Brešan.