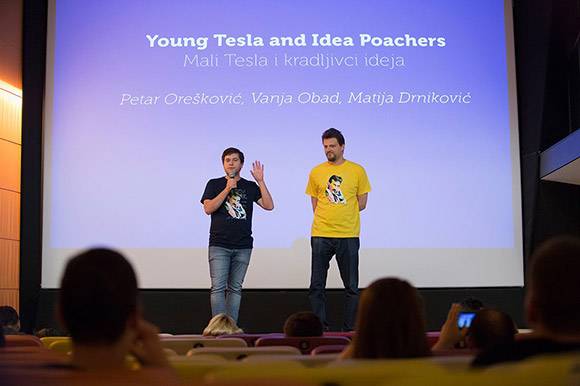 ZAGREB: Director Petar Orešković is preparing a feature film for children Young Tesla and Idea Poachers about Nikola Tesla, with the shooting set for 2020. The film is a Croatian/Slovenian/Austrian/Serbian/Czech coproduction.

In the script co-written by Petar Orešković and Vanja Obad, the young inventor Nikola Tesla wants to illuminate the whole Austrian Empire with the power of electricity, but his experiments often get him into trouble.

“I’d like to encourage young spectators to embrace learning and creating, and to never stop believing in the power of imagination,'' Orešković said in a statement.

The Croatian Audiovisual Centre (HAVC) supported the project with a production grant of 512,510 EUR, while Film Center Serbia added a minority coproduction grant of 70,180 EUR. While in development, the project also received 50,000 EUR from Creative Europe – MEDIA and 8,000 EUR from the RE-ACT programme. Additional 14,000 EUR were awarded at the Warsaw Kids Film Forum.

Producer:
Jaako dobra produkcija d.o.o. / Nukleus (Croatia)
This email address is being protected from spambots. You need JavaScript enabled to view it.