Interview with Marge Liiske, Director of the Estonian Film Foundation 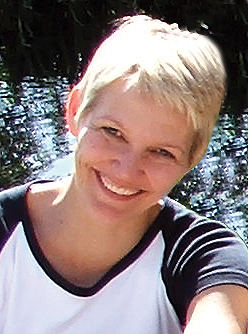 1 What was the most important development in the Estonia's film industry over the past year?

Coping with the economic crisis has been quite a struggle for the whole country. This situation is also connected to Estonia joining the Euro zone. This also applies to the film industry. There have been serious budget cuts in state financing of films for last 2 years. The good news is we are recovering now and hope to be in better shape soon. With a population of 1,3 million, we produce 3-4 feature films every year, and the industry is developing accordingly. As in many countries, the producers have turned to lower-budget films, so bigger projects have had to wait their time.

The positive reception of Estonian films at international festivals that started in 2007 is still visible, our films are screened at many festivals and they receive positive reviews. As a positive trend, Estonian documentary film discovers and treats subjects that are interesting for our own audiences as well as abroad: they receive good audience numbers in Estonian cinemas; internationally they are mostly screened at festivals.

As for animation, the quality of our films has always been outstanding. Priit and Olga Pärn works as a very successful tandem, their "Divers in the Rain" continues to receive prizes at many festivals, including the Grand Prix at Zagreb FF that entitles the film to be nominated for the animation Oscars. Kaspar Jancis just received the Cartoon d'Or 2010 for his "Crocodile". "Inherent Obligations" by Rao Heidmets won the Grand Prix at Ottawa International Animation Film Festival and is also running for Oscar nomination.

Recently the first Academy Award has been awarded to an Estonian film director. Tanel Toom's graduating work from the London National Film and Television School "The Confessions" won the student Oscar as best foreign film this summer. Together with Veiko Õunpuu, Ilmar Raag and some other young directors, we now have several internationally recognized talents in our talent pool.

Another positive development has also been the construction of a new multiplex cinema in Tallinn in October 2009 including a new arthouse cinema with two screens. It should increase the number of cinema admissions in 2010. We have also started to build a post-production center that should be ready in 2011. And private investors are coming back to finance films.
Last but not least, the 4th of December 2010, the European Film Academy awards gala will be held in Tallinn. It will be a wonderful opportunity for all film professionals to come to Tallinn, especially because the event is taking place during the renowned Tallinn Black Nights Film Festival and the co-production market the Baltic Event.

2 How important are European coproductions for the development of your country's film industry and what opportunities do you see for cooperation with neighbouring countries in film production, education and distribution??

Co-productions have always been part of our film industry, and this is vital. From 8 films released in 2009 and 2010, 5 are co-productions.Our co-production partners come mostly from our neighbouring countries as Finland, Latvia, Russia, but also Germany, Sweden, Norway etc. In February 2011, an Estonian-French-Belgian co-production will start to shoot.

In 2009, several big budget foreign films including The Poll Diaries by Chris Kraus or Kings of Devil's Island by Marius Holst were shot almost entirely in Estonian locations. We can offer some very specific locations, good professional services, so we are open to all film projects wanting to shoot in Estonia.

The Baltic Film and Media School has a broad network with foreign partners for film education. As for film distribution, things are different. Film distribution in co-production partners' cinemas is not automatically guaranteed by the simple fact that one has a co-production partner in this country. So we rely more on sales agents for the distribution of a film in foreign countries. Having a sales agent for every feature film is one of our main goals. There are no sales agents in Baltic countries, so the production companies work with other European sales companies (Swedish, Danish, Finnish, German, French etc). So far, at least 50% of the latest Estonian features have found a sales agent which is a very good result.

3 What is the role of film in your country's cultural identity??

This is a bit tricky question. On my opinion, film does still not have the right place in Estonia's cultural identity. In order to build more public awareness, to have them go and see Estonian movies, a "snowball effect" is needed: the more you show films, the more you talk about them, the more people go to cinemas. But the question is how to build a cultural identity on an element that comes to our screens from 2 to 4 times a year? This is too few! We need more films in order to have more good films that people talk about and identify with. Estonian music and theatre are in much better shape. This is something that can be and has to be developed.

Of course this is important. Film is such a wonderful opportunity to introduce a country, a nation. And it works in two directions: we have noticed several times that a film gains more audience and more kudos in Estonia after receiving an international award, it's as if an international recognition gives more credibility to the film... In that sense, festivals play a huge role in promotion of small country's films.

But at the same time, we should not forget that especially a feature film is fiction, so you cannot entirely rely on this. It is like a puzzle: you have to have more than one element before making a picture of a country as a whole. So it can be dangerous too. Autumn Ball by Veiko Õunpuu is not exactly an picture of the real Estonia.

5 Looking back over the past five years what are the major achievements and what do you consider still needs to be done??

The biggest achievement is the creation of a stable film production environment and a steady flow of financing from the Government. For such a small country with a small audiovisual market, this support is vital. A very important element has also been the creation of the Baltic Film and Media School. I am extremely happy that the Black Nights Film Festival (established of course not in past 5 years but 14 years ago) and the Baltic Event which have grown steadily grown and are attracting a lot of audiences and film professionals.

We have some elements of a film value chain in place, but a lot more needs to be done. We have assured the film's survival, but not its systematic development. Our infrastructure in film is still missing: we do not have a sound stage yet. A film post-production centre is to be built. A tax incentive and regional film funds should be established in order to bring more foreign film crews into the country. New cinema venues in the regions have to be built and/or equipped, soon in digital, in order to assure a sound distribution of the film in the regions. We have a lot to do in order to become a really successful film country.

6. Do you think joining the Euro in 2011 will have any effect on the Estonian audiovisual industry and if so in what way??

I don't think it will make a huge difference in Estonian audiovisual industry. The currency is not the main element the investors/partners are looking at. The whole environment, presence of skilled professionals, good ideas are the most important. Besides, some of our co-production partners (Swedes, Norwegians, Russians) don't have the euro and the partnership works perfectly well. But every news about financial stability is a good promotion for the country, so we welcome the euro.