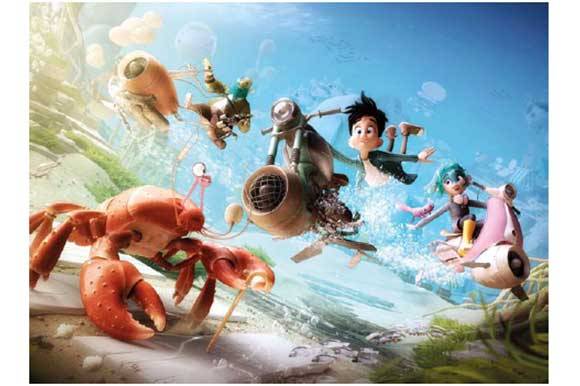 TREBON: Martin Kotik is developing the 3D/CGI animated film Pearl, following the success of his EFM Berlin film Harvie and the Magic Museum. He presented the project at the CEE Animation Forum on 8 May during the Anifilm Festival, which runs through 12 May 2019.

The film is produced by Rolling Pictures and has already been picked up by German distributor Sola Media.

The impressively produced teaser introduces the main character, Pearl, a water sprite living in a river. Humans are the enemy of water sprites, but when Pearl leaves her watery home she befriends a 14-year-old human boy. Kotik described the film as an adventure comedy with mythical water creatures, aimed at audiences of ages 7 and up. At its core is a story about relationships between two different civilizations, where the heroine has to overcome the demons which are fed by her own fears.

Work on the story board will begin in July 2019. The premiere will take place in early 2023

The film has secured 600,000 EUR in funding from private equity firms and 60,000 EUR from the Czech Film Fund for development. PFX, a Czech animation and post-production studio, will be contributing in-kind services. The producers are now in negotiations with studios in Spain, Canada and Germany. The budget will come in at 6 – 8 m EUR depending on the coproduction partners. The film was pitched at Cartoon Movie in 2018 and will next pitch in Annecy.

The director’s previous film Harvie and the Magic Museum had a 6.5 m EUR budget and was a coproduction with Russian and Belgium.