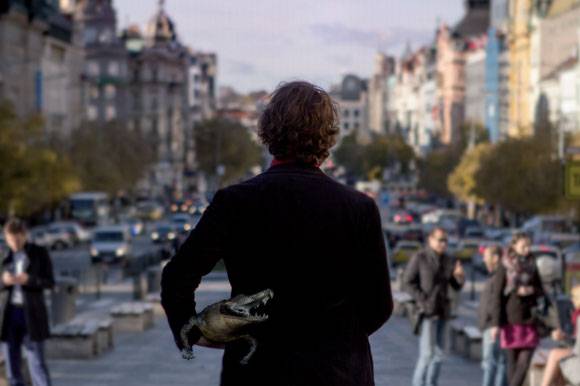 PRAGUE: The first Swiss / Czech feature film coproduction ever Lost in Paradise / Ztraceni v ráji directed by Fiona Ziegler is shooting in Prague and Bern from 3 July to 8 August 2019. The film is a comedy road-movie about two worlds and two generations, and it follows a man born and raised in Switzerland, who decides to move to Prague, the city his father left in 1968.

Despite being an adult, Evžen is still not fully able to confront his dominant father, who only cares about his own good reputation and his decent private dental practice in Bern.

Fiona Ziegler said at a press conference that it was a great challenge for her to work in two languages ​​and in two countries and cultures. The confrontation between Evžen's free bohemian lifestyle in Prague and the perfectionism and omnipresent social pressure in Switzerland create many comic and absurd situations, but include also certain social criticism.

The film with the budget of over 1.3 m EUR is produced by the Swiss Cognito Films, the Czech company Cinémotif Films in coproduction with FAMU. The project was supported by the Czech Film Fund and the Prague Film Fund.

The Czech theatrical release is planned for fall 2020.