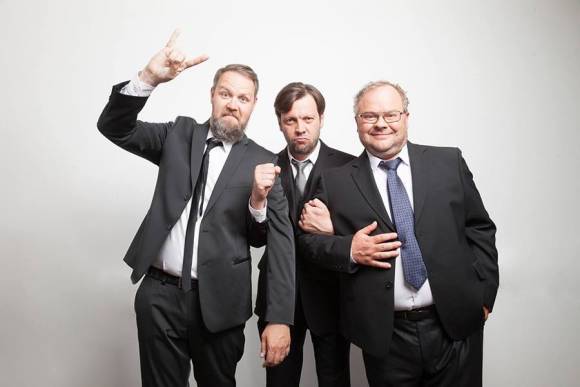 TALLINN: Estonian director Rene Vilbre is currently shooting the Estonian version of the feature film Class Reunion 2: Wedding and Funeral, a sequel to Class Reunion, which had almost 190,000 admissions in 2016 and became the most viewed film of the independence era in Estonia.

Just as Class Reunion, the sequel is also based on a Danish film, The Reunion 2: The Funeral / Klassefesten 2: Begravelsen (2014), directed by Mikkel Serup. Class Reunion 2 stars popular actors Mait Malmsten and Ago Anderson as well as the well-known rap singer and TV host Genka.

“It just seems that everything works in that screenplay,” producer Kristian Taska told FNE. “With the addition of a nice Estonian trio of actors, we were able to make this story very much our own. Comedy is a very difficult genre, but I guess Danes are just very talented in film, in art house as well as in comedy”, Taska also said.

The film’s budget of 450,000 EUR is partially supported by the Estonian Film Institute and the Viasat owned commercial channel TV3.

Shooting started on 16 July 2017 and the film is set to have its domestic premiere in February 2018.

Vaata Filmi, the distributor with the largest market share in Estonia, is responsible for the marketing and the distribution of the film.

Production Information:
Taska Film
www.taska.ee
This email address is being protected from spambots. You need JavaScript enabled to view it.