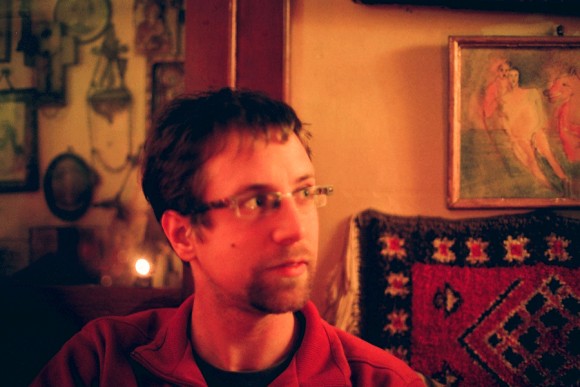 This month we speak to Szalóky Bálint the head of PR at Mozinet Ltd.

Szalóky Bálint: Because of the intense popularity of social media, there are lots of ways to engage our audience. On the other hand, there is no such thing as a universal key for distribution: first, you have to figure out what to communicate to whom, then you can start working on the marketing strategy. We’re dealing mostly with arthouse titles, but you cannot treat Borgman (our next release) the same way as you did Philomena a couple of months ago. We always have to be flexible and creative, work closely with the cinemas, adopt new ideas and learn from our previous successes or failures.

S.B.: There are two prestigious showcases in Hungary: Titanic in Budapest and Jameson Cinefest in Miskolc. Titanic is just having its 21st edition (the festival takes place between 4 to 12 April) and they usually show tougher arthouse titles, presenting half a dozen sections and 50 to 60 titles each year.

Cinefest is getting bigger and bigger each year; they’re collecting all the great titles from Sundance, Berlinale, Cannes and Karlovy Vary. These two are both important for us; because of the festivals, our titles get more publicity and the filmmakers are more willing to come to promote their titles.

S.B.: Last year, our movie Lore was in competition at Titanic and it won the main prize. When we released it a couple of weeks later, it became an arthouse success. At the Cinefest we had Circles in competition, accompanied by director Srdan Golubovic. He made several interviews which helped a lot with this difficult movie to get into the most important dailies.

On the other hand, a festival success can be deceiving. For example, our movie iLL Manors was sold out at Titanic and we thought we’ll have a good word of mouth. Unfortunately it seemed like all the people who were interested in the title already saw it in the festival.

S.B.: Piracy is a big problem in Hungary, and sometimes it affects our theatrical releases. Unfortunately piracy already killed DVD sales almost completely years ago, and VOD platforms are pretty new for the Hungarian market. Sometimes we do day-and-date releases with documentaries and smaller titles but it’s in the experimental stage right now.

Our luck with piracy is that the arthouse movies work in a different way than the Hollywood movies. It’s intellectual entertainment, people like to talk about these kinds of movies with their friends after watching them. It loses all the glamour when you just download and watch it on the small screen all by yourself.

S.B.: If I have to choose only one, then it must be the The Tragedy of Man, written and directed by Marcell Jankovics, based on the play by Imre Madách. It’s an almost three hour long animation title which was produced from 1988, but only concluded at the end of 2011.

Although it is a difficult title to sell we were very humbled to handle the Hungarian distribution and later on it became one of the biggest national arthouse titles in years. We are also dealing with the international rights and it still lives on at festivals around the world. It’s just released on iTunes.